Our Top 5 Most Anticipated Horror Games in 2019

As 2018 comes to a close and we inch closer towards The Game Awards, it is time to look ahead at what 2019 has to offer. Several titles made a big splash at E3 this year and most of the games on our list debuted trailers, new footage or gameplay demos during the convention. It felt like we would never get these games and the wait seemed so long. But with 2019 just a few days away now is a good time to start thinking about them again and get hyped. Here are some of our most anticipated horror and sci-fi games coming to consoles (hopefully in 2019!)

Death Stranding is an upcoming sci-fi / horror video game developed by Kojima Productions and published by Sony Interactive Entertainment for PlayStation 4. It is the first game by game director Hideo Kojima and his company following the 2015 disbandment of Kojima Productions as a subsidiary of Konami and subsequent reformation as an independent studio.

The teaser trailer, gameplay trailer and cinematic trailers have been incredible but they haven’t really given away to many details if any about the game. The mystery only adds to the intrigue.

The Game Awards are being held on December 6th and the rumor mill says a new trailer will debut there. Not sure about you but I am ready to get an official release date already! A leak on the Amazon UK site says it may be available in March of 2019.

The Peterson Case is a first-person psychological horror game. Delve deep into the strange world of Roswell, New Mexico as you embark on an investigation to find a family who have been missing for more than a week. Uncover horrific flashbacks of war, and beings not of this earth. Realize the terrible truth that has consumed the Peterson Family, whilst you walk through their ever-changing home and memories, battling your own identity and purpose.

THE SETUP
You look at the case files strewn across your desk, the green lamp illuminating the coffee stains that disfigure the wood. The radio plays the news quietly in the background. The Peterson Family… missing for over a week; no trace, little evidence. Passed from one detective to another, finally coming to rest in peace on your desk.

Going over the paperwork, something gnaws at you; people don’t just disappear into thin air. Something is always left behind. We always leave something behind.

The radio picks up, yet another tale of little green men and flying saucers. You tell yourself it’s a load of baloney, but truthfully it creeps you out as much as everyone else. Closing the case files, you pick up your hat and prepare yourself. This afternoon you’re going to The Peterson’s home to conduct a final search. Your intention to find them… dead or alive.

A new chapter of  ‘The Last of Us’ has been written and we saw the first look at a new story, trailer and gameplay footage at E3 earlier this year. The first game changed the landscape and left fans begging for more.

Sony had several heavy hitters during E3 and it set the stage with ‘The Last of Us Part 2’ by inviting attendees into a room that was dressed like the first scene from the footage they were about to see. Including a live banjo performance of the theme song which was beautiful.

In Dying Light 2, the plot is an organic, reactive entity that can weave in multiple directions, depending on how you decide to respond to situations in the zombie apocalypse. It takes place 15 years after the first game. Your actions will affect the world around you, from the threat level of its populace to the scarcity of its resources.

Techland’s commitment to hitting 4K resolution and 60fps on PS4 Pro and Xbox One X, is part of the reason why the release isn’t happening until 2019. They wanted to take their time to get it right. The gameplay footage is crisp and clean. Well worth the wait.

The Remedy team announced its new game mystery game Control that has been kept a secret for years and it looks fantastic. It won’t hit shelves and online until 2019 but we got our first look at E3 during the Sony press conference and an even more in depth look at the gameplay demo during Playstation Live broadcast online. While this isn’t strictly a horror based game it does have horror elements blended with the sci-fi genre.

There is a lot of mystery surrounding the game but we know that it features a female protagonist, Jesse Faden,  who shoots enemies with a shape-shifting gun that only the Director of the Bureau can use. She is also surrounded by shape-shifting environments that mimics something straight out of Dr. Strangelove and Inception. Beautiful and creepy visuals of bodies floating weightlessly in the air add another element of mystery. They are called “drifters.”

This was one of the few surprise releases and announcements during the Sony press conference during E3 – and I immediately wanted to learn more about the game after seeing the trailer. Check out the official synopsis and trailer below.

SYNOPSIS:
You are Jesse Faden, a young woman with a troubled past. You become the new Director of the Bureau of Control – Our frontline in researching and fighting against supernatural enemies like the Hiss threatening our very existence. You’ll uncover the secret activities of the Bureau agents and explore the strange and shifting halls of the Bureau’s headquarters, The Oldest House. Unlock new abilities with Objects of Power and upgrade your Service Weapon to take on bigger and more powerful enemies. Venture into lost sectors in the challenging Expeditions mode. Solve puzzles and complete quests to discover the secret of Jesse’s past and the true purpose of the Bureau of Control. Above all, you must defeat the relentless Hiss.

Check out the trailer below and gameplay trailer here. No word yet on an official release date. Chances are it will be sometime in late 2019 or even 2020. 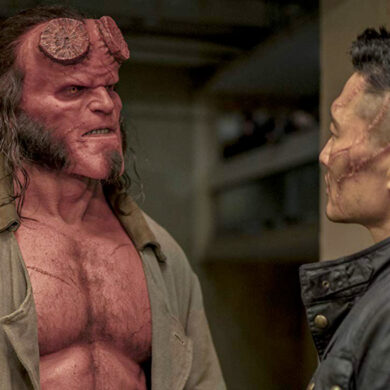