‘A Quiet Place’ marks the directorial debut of John Krasinskiand his first venture into the horror genre. It also marks the first time he and his wife, Emily Blunt, have acted on the same screen together. This is not the kind of film I would expect a first time director to take on because it was no easy en devour. Not only does ‘A Quiet Place’ live up to its name by operating almost solely with subtitles and hand gestures but it also really relies on the children in the film to help carry the movie and everyone executed their roles beautifully.

It centers around a family that lives in an isolated existence and utter silence, for fear of an unknown threat that follows and attacks at any sound. From the opening scene we see just how desolate of a situation the family finds themselves in. What feels like a potential zombie apocalypse with dusty abandoned storefronts and cars strewn about the street turns out to be something much much more. They are fighting or in this case avoiding something that is more advanced than the walking dead. Auditory monsters. Creatures that hunt through sound and sense, but not through sight. This is a terrifying scenario that relies heavily on the family working together to survive any way they can.

We never get a name for the creatures, but during a fan lead Q&A after the film, Kransinski revealed the production crew simply called them “Happy.” The physical design of the creatures and sound design that went into their characters was masterful. It was borderline hard to tell what was CGI and what scenes may have had some practical effects influencing the scenes.

Dealing with such intense circumstances the family bond is a huge part of ‘A Quiet Place’ and it is on display in the first 10 minutes of the film and it will not only tug on your heart strings but completely destroy you as a parent. Krasinski and Blunt have three children ranging from ages of 5 to 15 with another bun in the oven. Because why not try to have another kid when you are avoiding predatory monsters. Each child is going through new experiences in their lives as they learn to grow up in a “quiet zone.” Think about how hard that would be. The temptations to scream and play are constantly being challenged. Only to know if you let out one joyful gleeful laugh that you may be hunted. No matter the time, or the place. It places onus on the simple things we take for granted each day.

The curve ball thrown into the mix is the daughter played by Millicent Simmonds, who we find out early on is deaf. Which I later found out during the Q&A is deaf in real life. It was yet another challenge for a first time filmmaker, but Kransinki gave the kids all the praise during his time on the SXSW stage. In some ways her deafness could be looked at as a blessing – because the family is learning to communicate and sign without the dangers of speaking setting themselves up for a favorable situation given the circumstances. But it can also be a frustrating and dangerous thing.

We never quite can tell if the family migrated from somewhere to a farm just outside of town or if this was another change they had to adapt to in order to avoid the auditory monsters that stalk the land. Nevertheless this is where the house and environment around them plays a huge part in the movie. As you can probably guess a film that is nearly absent of dialogue relies on other devices to carry the story. Sound design plays a key part in the success of ‘A Quiet Place’ but the house itself becomes another key character. Intricate details live in every corner of the underground bunkers that the family take solace in each evening when they gather for dinner and sleep.

While monsters certainly lurk in the background ‘A Quiet Place’ plays out like a coming of age story that pits the balancing act of being a parent and being a friend along with the challenges of raising young children in a compromising situation. In what might be one of Blunts best emotional roles or her career she provides a loving steady hand while Kransinski comes off as a more stern father figure that will do anything for his children. Blunts character defines the situation perfectly when she says, ”Who are we if we can’t protect them, we have to protect them” which can be applied to everything in life not just auditory beasts.

‘A Quiet Place’ does have some minimal pitfalls, but overall it is a unique suspenseful take on the genre that is destined to be a favorite amongst horror fans. Where the film really spreads its wings are through the dramatic scenes that leave you gripping your seat not knowing what might happen next. It is thoughtful in its approach and execution that will leave you wanting more when the credits role but also has an empowering final frame. 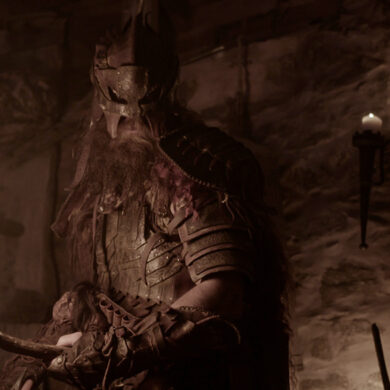