Additionally, as an official sponsor of Comic-Con@Home, Amazon Prime Video will be launching the first-ever Amazon Virtual-Con, an exciting, new virtual convention content hub. Amazon Virtual-Con draws inspiration from the pop-culture convention by creating a single destination for fans to access and engage with Amazon’s full range of Comic-Con activations. Fans can gather as a community to share in the experience of seeing their favorite stars, learn how to draw some of their favorite comic book characters from the industry’s leading illustrators, and test their comic book movie knowledge with like-minded fans in a round of trivia… all from the comfort of their homes.

In addition to panels for The Boys, Upload, Truth Seekers, and Utopia, Amazon Virtual-Con will feature a robust offering of convention-themed content and activations from Amazon’s portfolio of entertainment brands, including Prime Video, IMDb, Twitch, comiXology, Audible, and Fire TV. Amazon Virtual-Con will be available free of charge to all fans in front of the Prime Video paywall from Thursday, July 23rd – Sunday, July 26th and at amazon.com/virtualcon.

*All times listed below are the official Comic-Con@Home panel times. These panels will also be available for fans to view through the Amazon Virtual-Con portal at the same time they are streaming on Comic-Con@Home. 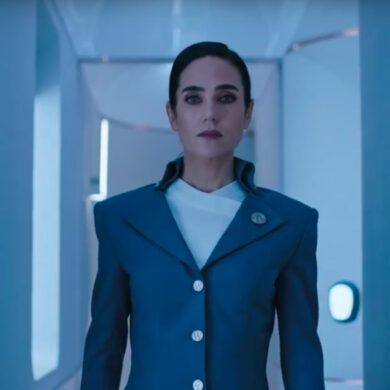 SDCC 2019: TBS Brings ‘Snowpiercer’ to Comic-Con for an Exclusive First Look at the Series Premiere