Ken Walker is a World Champion taxidermist. He specializes in re-creating extinct and endangered species out of other animal’s hides, like his famous saber-toothed tiger and giant panda. Wild animals are not the only way Ken can make a lifelike impression — he used to be a professional Roy Orbison impersonator. But these days, his Pretty Woman is eight feet tall and covered in fur — his re-creation of ‘Patty’, the female Bigfoot seen in that shaky 1967 movie.

‘Big Fur’ documents Ken’s meticulous Bigfoot re-creation from start to finish, where it is unveiled at the World Taxidermy Championships. While he would love to win ‘Best in Show’, his real hope is that putting Patty on display will prompt some hunter to open his freezer and pull out the proof that Bigfoot is real. Instead, it’s Ken’s love life that gets thawed out.

‘Big Fur’ is a wry portrait of an eccentric artist-hero, with an unshakable belief that eventually he’ll find true love. Or the hairy, 800-pound validation of his life’s quest. It’s also an insider’s view of taxidermy as an under-appreciated art form. And finally, it’s a call to preserve the last wilderness. Because when there is no mystery left in the deep, dark forest, we’ll have lost more than Bigfoot. 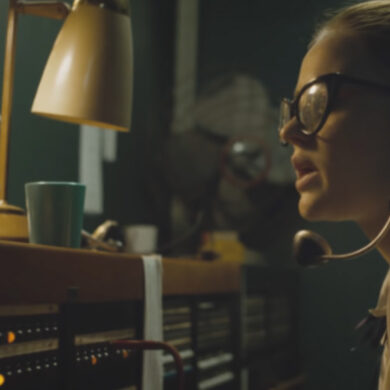