Jason Blum and his horror label Blumhouse Productions has perfected the low budget and high reward genre film. They have become a horror powerhouse with that formula and continue to take on higher profile projects. Most notably the latest ‘Halloween’ installment – which is getting another film. Now he has his eye on other horror classics. He has expressed interest in the past about tackling ‘The Crow’, ‘Friday the 13th’, ‘Christine’, ‘I Know What You Did Last Summer’, ‘Alien’ and even Universal Monster films.

None of these feel out of reach. In fact he is already working on ‘The Invisible Man’ as part of the Dark Universe. Two more properties that may soon become a reality are ‘Hellraiser’ and ‘Scream.’ Both have been discussed by Blum in the past and just recently he had this to say in a Cinema Blend interview;

“Yes, we definitely have [discussed it]. We’re looking – there’s nothing happening with either one of those things – but we’re definitely looking at it, and it’s definitely something I’d be open to.” Blum, said.

We have seen a couple of ‘Hellraiser’ films recently but Blum would be looking to reboot it completely and take on the original subject matter. I would love to see the Cenobites re-imagined by Clive Barker for a fresh take on the franchise.

No details yet on if ‘Scream’ would be a reboot or a continuation of the franchise. We assume it would ignore anything that takes place on the recent MTV series.

What is your thoughts on bringing these classics back to life? What are some of your favorite Blumhouse projects? Sound off in the comment section below or tag us on Twitter / Facebook. 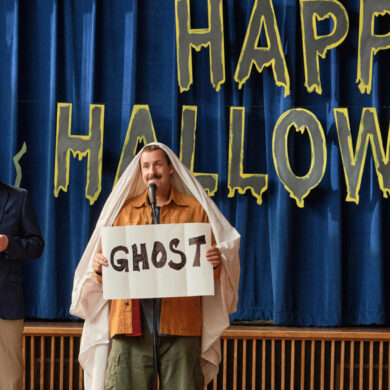 Adam Sandler and Friends Save the Town in ‘Hubie Halloween’ Trailer