Dracula Will be Resurrected on BBC & Netflix

Dracula will be making his long awaited return to the popular conscious next year. Unless you’re have a child. In that case, Dracula is still very much in your mind. This new Dracula story will not be a movie though, instead it will be airing on BBC & Netflix as a series of three different 90 minute episodes. If you’re saying to yourself “Hey! that sounds like ‘Sherlock’! I love ‘Sherlock’!”, then you are in luck. The new series will be from Mark Gatiss and Steven Moffat. The men who were the creators of the highly successful Arthur Conan Doyle reboot.

The new series will be slightly different from ‘Sherlock’ though, as it will be a period piece. The creators have said they plan to use Bram Stroker’s original novel as their main source of inspiration for the first series. No word yet on who will play Dracula or if he will have cool shades. Gatiss and Moffat did issue a statement about why they wanted to make the show. They said, “There have always been stories about great evil. What’s special about Dracula, is that Bram Stoker gave evil its own hero.”

This all sounds pretty exciting. I love the teams work on ‘Sherlock’. Especially when they did period episode, ‘The Abominable Bride’. The idea of an entire series of Gothic horror set in the Victorian age with some Netflix money being thrown in seems like an idea that cannot miss. Also, I don’t know who they’ll look to cast in this new series, but there are so many outstanding actors in the U.K. that you honestly can’t see a world where Van Helsing & Dracula aren’t exactly what we picture when we read Stoker’s novel. No disrespect to Luke Evans.

Do you want to see a new period piece ‘Dracula‘ series? Who would you like to see play the famous Count? let us know in the comments and be sure to checkout our homepage and follow us on Facebook & Twitter.  Always check back with Boom Howdy for more up-to-date news, reviews & podcasts! 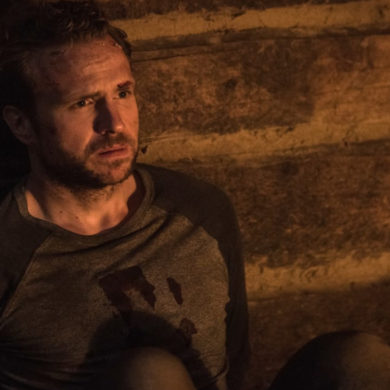