So, there’s a chance, if you happen to be a big fan of genre films, the Academy Award nominations mean nothing to you. That’s understandable! You wait with baited breath, for someone such as Toni Collette to grab a nom for Hereditary and things are strangely silent. Worry not, because there’s an opportunity for your voice to be heard! The fine folks over at the newly resurrected Fangoria have decided to get back in the awards game themselves. The aptly named Chainsaw Awards are on their way, to make sure everything is right again in the world.

All you need to do is click on over to this ballot page. Once there, select the films you think deserve award trophy consideration and then wait. Patiently. For what is sure to feel like forever. Polling is open until January 29th, so make haste and act fast. The most exciting part about these awards is that you can list what you think the best kill of last year was. It may sound like a small thing, but seeing what the collective masses come up with, in that category, is indeed very very exciting. Better yet is the diverse selection of categories here. Seeing special recognition given to “limited release” and “streaming-premiere” films is truly forward thinking.

Now, technically you’re just voting for the winner, as opposed to who gets on the short list. That’s not a bad deal though. This is basically “People’s Choice Awards” for the horror and genre set. Which is pretty fantastic if you ask us. So what are you waiting for? Head on over, cast your votes and then once again head on over here to let us know who you still think was snubbed for a nomination. You can’t please everyone, but bringing back the Chainsaw Awards is at least a step in towards that direction. Personally, we’re hoping that Mandy cleans up nicely. After all, it does feature a stellar chainsaw battle, pairing nicely with the namesake of said awards. Just saying. 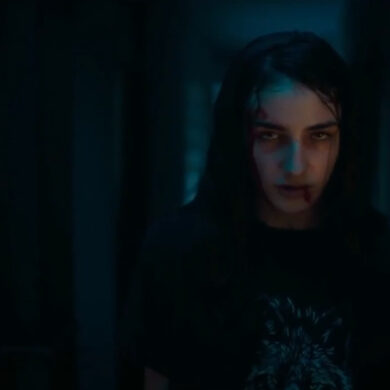