Giancarlo Esposito has a presence on screen unlike many actors working today. He commands respect in the most subtle way regardless of what role he takes on.

When he took on the role of Gus Fring in the Breaking Bad universe it took his career to another level. He became a part of pop-culture. But he is seasoned veteran with 177 acting credits under his belt. When Gus Fring was tapped once again for Better Call Saul it was a real treat to see the villain reborn.

The way he portrays Gus Fring and his demeanor sets up a perfect opportunity to take on another iconic character.

With so many fans playing the #FilmTwitter #Outrage game these days when an actor gets casts in a role that you might not find ideal – I think this is one casting that we could all agree on. Regardless of how you may feel, Giancarlo already has the blessing of Sir Anthony Hopkins, who was actually the one that suggested Esposito take over cannibal torch from Hopkins.

“Sir Anthony spoke of me glowingly when he was asked who should take over or would do another version of ‘Silence of the Lambs.’ He immediately mentioned my name and sung my praises.” – Esposito said.

How did Giancarlo take the news after Hopkins gave him his blessing? Would he take on the role?

“Are you kidding me?” he said. “I would jump all over that — because I feel like [Hopkins] broke new ground with that particular character. He was someone that you really hated, but… in many ways I was intrigued by the way he played that character. I thought, ‘Wow, there’s something very twisted going on, but there’s something you liked about him.’ And so yes, the answer is yes, yes, yes. I would fight to the death to do that.”

We can’t love this idea enough. So what do you think about the potential for Esposito taking over the role of Hannibal? What are some other interesting casting suggestions? Let us know in the comments. 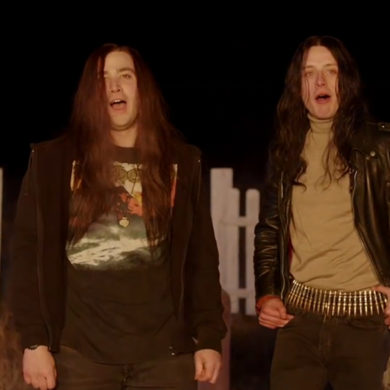