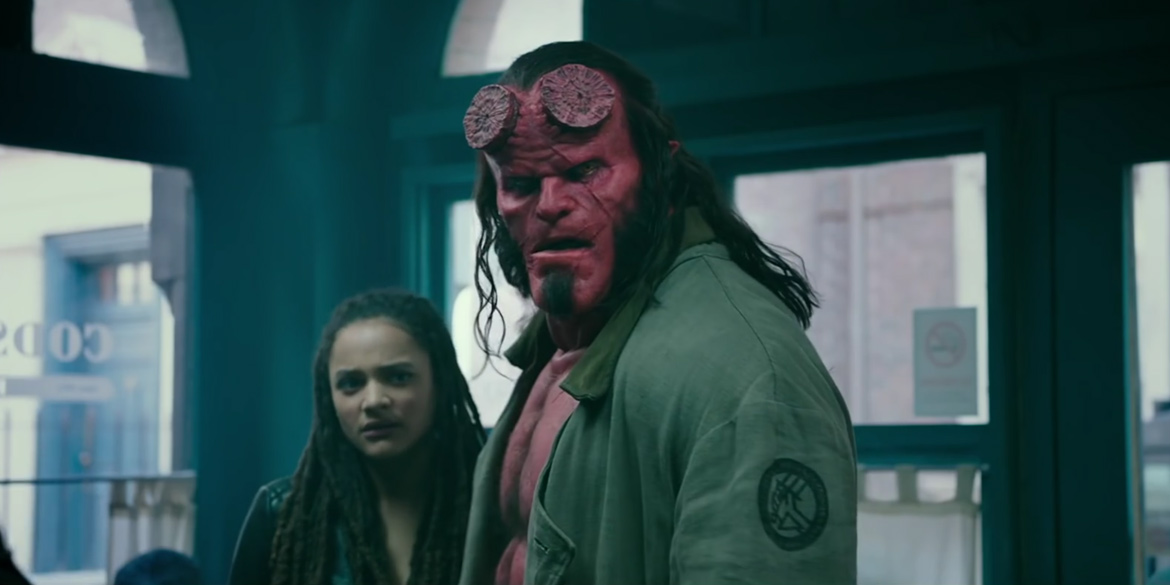 After all the teases, set photos and posters, the moment is finally here. The first trailer for the new Hellboy movie is upon us. Take a look.

That looks like the Hellboy most people will be familiar with. Or at least those people who saw the previous two Guillermo Del Toro movies. While this film is a reboot and not connected to those works, it feels cut from the same cloth. Which is rather interesting and sure to surprise a few people. Supposedly, Neil Marshall had comic series creator Mike Mignola involved at a script (but not design) level, yet it’s not entirely show through here. As this is just a quick collection of scenes, maybe the end product will be a bit different.

David Harbour looks great done all up in red as the titular character. There’s a lot of jokes in this trailer. Not that it’s a bad thing, just placing a focus on the humor rather than story or action. What we see in the later shows that things will be big and epic, yet on a manageable budget. Making creatures appear as if they belong in Jack The Giant Slayer, than say an R-rated feature. Again, just at first glance. Otherwise it looks massive and entirely serviceable.

Here’s the very very short official synopsis, which hopes you’re up to speed on things:

“Based on the graphic novels by Mike Mignola, Hellboy, caught between the worlds of the supernatural and human, battles an ancient sorceress bent on revenge.”

That sorceress? Why, that would be the not so menacingly named Nimue, The Blood Queen. Played by Milla Jovovich of all people. Should you want something lighter, Thomas Hayden Church plays Lobster Johnson. So, there’s likely to be something for everyone in this film. Don’t imagine this is the end of footage we’ll see with the Super Bowl in between now and when the movie comes out. Speaking of which, you’ll want to be sure and mark your calendar on your phone, as well as a sticky note or two, as Hellboy lands in theaters April 12, 2019. Smack dab in the middle of an already overcrowded month. We now leave you with this new poster, as you ponder how early is too early to buy tickets for this movie.