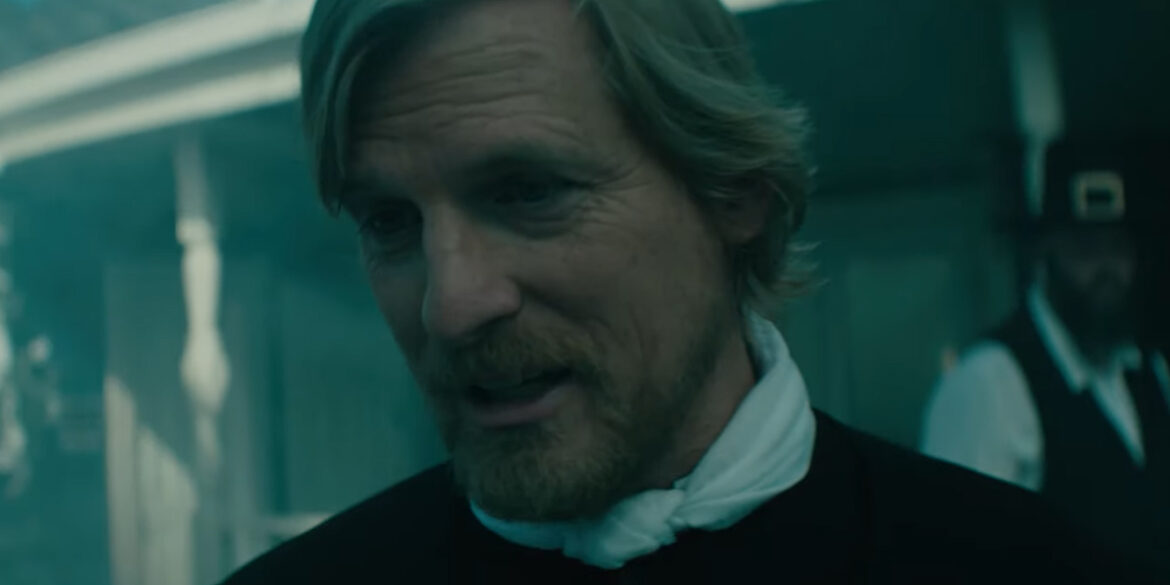 Give thanks for the new trailer for Hulu’s Into the Dark November episode, Pilgrim!

Inspired by true events: In an attempt to remind her family of their privilege and help them bond, Ms. Anna Barker invites Pilgrim reenactors to stay with them over Thanksgiving. When the “actors” refuse to break character, the Barker family learns that there is such a thing as too much gratitude.

The next installment of Blumhouse’s Into the Dark premieres November 1, only on Hulu.

In partnership with Blumhouse Television, Into The Dark is a horror event series from prolific, award-winning producer, Jason Blum’s independent TV studio. The series includes 12 super-sized episodes, with a new installment released each month inspired by a holiday and will feature Blumhouse’s signature genre/thriller spin on the story.