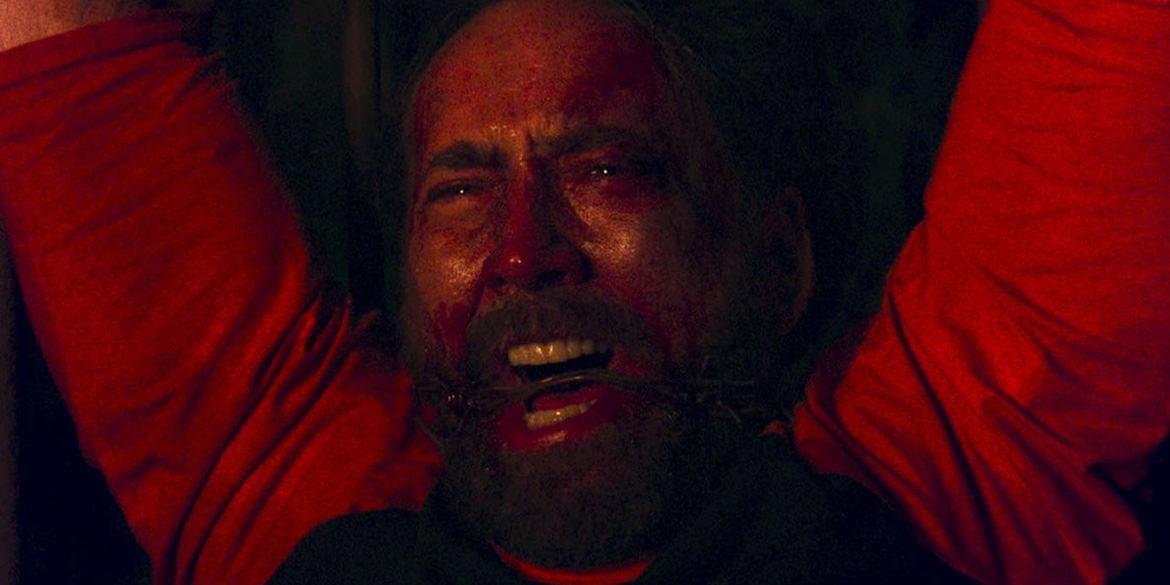 Panos Cosmatosis most known for his visual candy in ‘Beyond the Black Rainbow’and he is back with more stunning visuals and an unhinged Nicolas Cagethat is hunting for “crazy evil!” Wielding a wicked sickle ax he dives into a cosmic darkness and never looks back. The film has already received high praise from its debut at Sundance Film Festival.

’Mandy’focuses on the quiet life of a devoted couple Red (Nicolas Cage) and Mandy (Andrea Riseborough) takes a dark and bizarre turn when a nightmarish cult and their maniacal leader (Linus Roache) seek to possess Mandyâ€¦body and soul. A shocking assault on the innocent pair leads to a spiraling, surreal, bloody rampage of all out, mind-altering vengeance.

In Theaters, on VOD and Digital HD on September 14th.