There’s plenty of times most of us contemplate the question “how many times can a classic be redone?” The answer is and will always be “an unlimited amount”. Case in point, always trusty Deadline has learned that there’s a new version of Dracula upon the horizon. One which comes from a few talented folks, who are sure to draw in a big fan base.

Steven Moffatt and Mark Gatiss, who previously revamped Sherlock and Doctor Who, to much acclaim, have set their sights on resurrecting Bram Stoker’s immortal monster. Following the format adapted for their take on London’s most famous detective, Dracula will consist of three 90 minutes episodes. Since filming isn’t set to begin till next year, these are likely to be released in 2020. They’ll hit the BBC in the UK, with an international roll out taking place via Netflix.

Though the program is said to be inspired by Stoker’s work, don’t go hoping for a modern day setting. Most of the plot details are wrapped up tight, but this general synopsis did leak out:

“In Transylvania in 1897, the blood drinking Count is drawing his plans against Victorian London.”

While that’s as basic as can be expected, what we do have a better idea of, is who’s landed the titular role: Claes Bang. If that name doesn’t immediately ring any bells, that’s ok. Bang’s been steadily climbing the charts on the international acting scene. Last year he played the lead in Ruben Osturd’s The Square. Just last month he popped up co-starring in The Girl in the Spider’s Web.

Bang said in a statement, “I’m so excited that I get to dig in to this iconic and super-interesting character. Yes he’s evil, but there’s also so much more to him, he’s charismatic, intelligent, witty and sexy. I realize that there’s a lot to live up to with all the amazing people that have played him over the years, but I feel so privileged, to be taking on this incredible character.”

This project could easily turn into a mess, yet it will likely be watched by millions. If you go by the metrics of Moffat and Gatiss’s other shows, that is. Are you ready to open up your veins and let another Dracula into your life? Does that talent involved pique your interest? Or are you just dreading when  Tumblr and Twitter is overrun with gifs from the show? Tell us below in the comments. We’ll make sure to post further stories on the mini-series, once more news crops up. 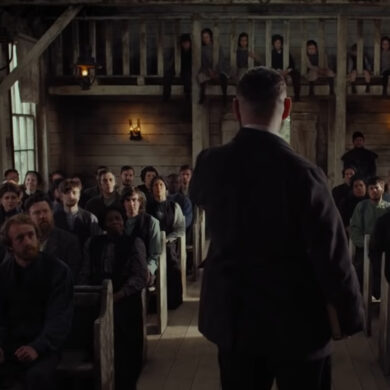