Netflix might have another mini-series hit on their hands with Ghoul, a Hindi-language horror show co-produced by Phantom Films, Ivanhoe Pictures and Blumhouse. Jason Blum, the mastermind behind several of horror’s greatest hits dating back to 2009’s Paranormal Activity, has recently declaredthat his production company will expand to television content for several networks and streaming services.

The three-part series takes place at a remote military facility where criminals are interrogated and imprisoned. Our lead character, played by Radhika Apte, is an astute officer who ratted her own father out to the government for storing seditious literature. Despite the less than endearing character trait, she seems to be the moral and emotional center of the trailer.

She is tasked with interrogating another criminal, a criminal so ominous a bolt of lightning strikes when he exits a vehicle.This man appears to know secrets about everyone working in the complex, and at the end of the trailer he is shown to transform into possibly the show’s titular character.

The mix of a crime thriller and a supernatural horror flick is intriguing, especially in the mini-series format.  The facility is claustrophobic, and it does not look like there is a single safe, well-lit room in the entire region.

Ghoulstarts streaming on August 24. For Netflix subscribers who love prison-related content, this gives viewers enough time to finish the new season of Orange is the New Blackbefore starting Ghoul. 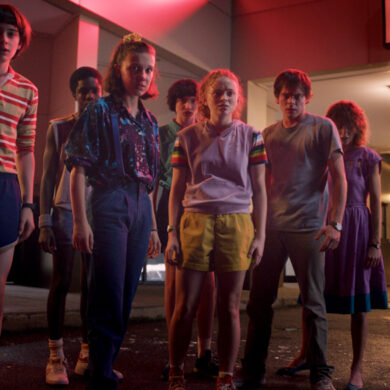