Netflix Has a Ted Bundy Docu-Series In The Works

Joe Berlinger (Book of Shadows: Blair Witch 2) really seems to like Ted Bundy. Maybe curious or obsessed would be the better phrase. Any way you slice it the documentarian seems to have a fascination with the notorious serial killer. First he spent the last year making Extremely Wicked, Shockingly Evil and Vile starring Zac Efron. Now The Hollywood Reporter has an article stating that Berlinger has directing a forthcoming docu-series for  Netflix, entitled Conversations With a Killer: The Ted Bundy Tapes.

Cobbled together from hours of until now unreleased audio interviews of Bundy, while on death row, Netflix is releasing the new documentary as a four part series. It’ll dive deep into the media circus that formed around his various court appearances, which includes his marriage to Carole Ann Boone. Furthermore, great detail will be given to examining the more than 30 murders Bundy both confessed to and was convicted of.

On the feature side of things Berlinger is planning to release Extremely Wicked, Shockingly Evil and Vile sometime in 2019, as well. While Efron plays the lead, the film will be from the perspective of Lily Collins’s Elizabeth Kloepfer. Kloepfer was a longtime girlfriend of Ted Bundy’s, who for years refused to believe that he actually was a murderer. Bundy has long been the subject of numerous movies and documentaries over the decades, so getting two projects in the same year isn’t as crazy as you’d expect. The fact that they’re both coming from the same director is the interesting wrinkle. Not sure exactly what drives Berlinger to do such an exhaustive study of the man. If the move proves to be successful, it’s likely an approach other filmmakers replicate in the future.

Are you ready for a double dose of Ted Bundy in your life? Do you readily binge any true crime series Netflix puts out? Speaking of serial killers, when are we getting Mindhunter season 2? The comment section anxiously awaits your opinions. Netflix plans for the series to be their first hit of the new year, releasing it on January 24.  A date that will mark the 30th anniversary of Bundy’s execution. Making for a rather ghoulish “celebration”, if you will. Meanwhile, Extremely Wicked is set to premiere at Sundance. Should it recieve a warm reception, you can bet there will be an awards push at the end of 2019. 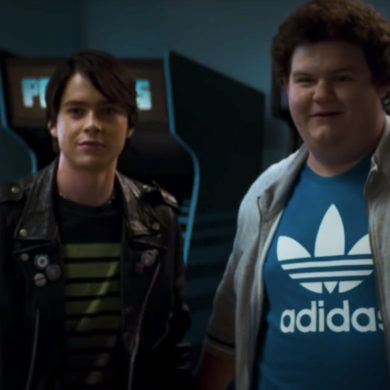