REVIEW: ‘Parallax’ is Atmospheric But Struggles to Grasp Sense of Reality and Comes Up Short 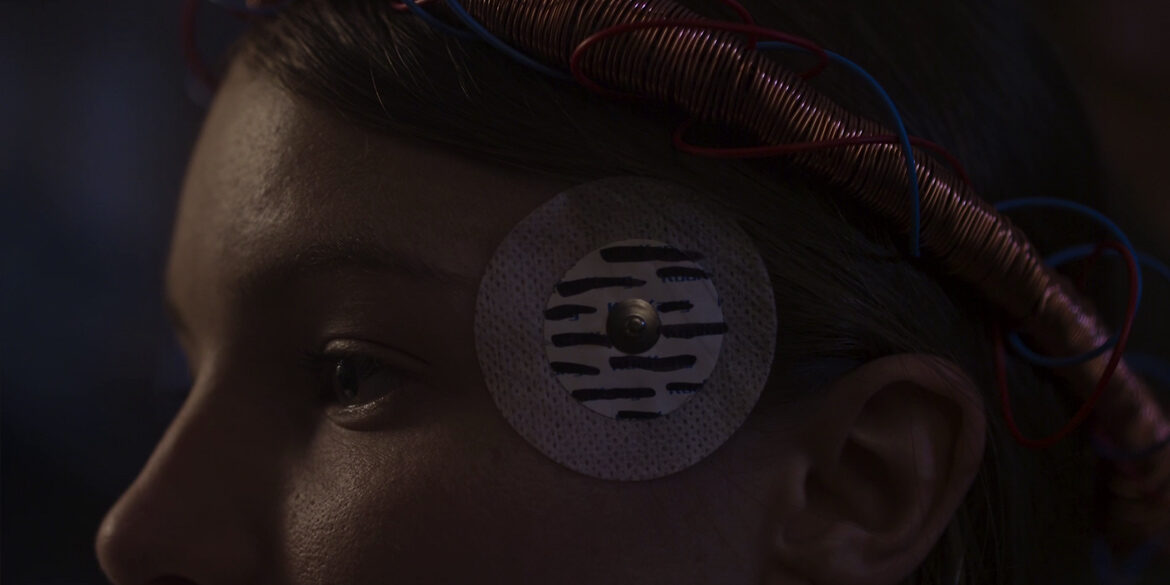 Sci-fi is tough, man.  Conveying complex, thought-provoking, multi-layered sci-fi goodness without the luxury of millions of dollars is an enormous challenge.  Imagine having less than 1% of Christopher Nolan’s 160 million dollar Inception budget while trying to tell a story with the same scope. Uhh, what?  So my hat is off to the creative minds behind Parallax, a microbudget sci-fi tale which has plenty of ambition, a lot of technical finesse, but also difficulty in its pacing, storytelling, and comprehension.

Parallax tells the story of Naomi (Naomi Prentice), a woman struggling to grasp her sense of reality, often dissociating and plagued with dreams of drowning, and her fiance, Lucas (Nelson Ritthaler),  who is struggling to discover where the woman he loves has (figuratively) gone.  To elaborate too much would be to spoil some of the film’s revelations, but questions of multiple timelines/dimensions, and the power of dreams are all on the table here.

Dope, right? I love this kind of stuff.  However, the film’s greatest downfall is its wonky pacing. It felt like the first act was comprised 60 minutes of the  117 minute film. Within this first act a lot of the exposition consists of dialogue between Lucas and his therapist (Ted Gianopulos) about Naomi’s mental state.  In film it’s important to show instead of tell.  It’s unfortunate that everything I’m learning about Naomi is coming from two dudes sitting in an office.  Some of the storytelling elements in the first act are also confusing instead of enlightening.  In the opening shots of the movie we see Naomi painting.  Cut to some of the opening dialogue where Lucas asks Naomi about her painting and a confused Naomi saying she doesn’t paint.  And then cut to a few minutes later where we see Naomi painting again.  What?  Another example has Naomi admitting that she doesn’t even know who Lucas is. . . that is, until the next morning in bed where she calls him by name and clearly knows who he is.   Obviously Naomi’s mental state is the focal point of this movie, but these examples felt more jarring than mysterious.  This culminates in a first act that bores instead of intrigues, which is a shame because at about an hour in the plot really picks up the pace and races to the finish.  I’m concerned that less patient filmgoers will have tuned out by then.

The technical aspects of Parallax is where the film really shines.  There are a lot of interesting cinematography choices here, including some expert shot composition and lighting.  A favorite of mine was a wide-angle shot of the defeated couple in their kitchen from the living room, cast in shadow and muted color, and their fish-tank, a bright blue beacon on the opposite side.  The juxtaposition here really caught my eye. Great stuff.  Equally great was the score and sound design.  The score is understated, sparse, and dream like, reminding me of Thom Yorke at his best.  Very atmospheric. Very cool.  The sound design, similarly, has voices fading and fuzzing out, as if trapped underwater, echoing Naomi’s dreams.  Naomi Prentice takes command of her debut feature-length performance.  Frankly, she’s not given a lot to work with script-wise for the film’s first third, but as the story unfolds she does a fantastic job fighting for her sense of reality.

Overall Parallax is a mixed-bag.  I’d struggle to recommend it to anyone outside of very patient, very hardcore sci-fi fans.  Some truly excellent technical aspects are bogged down by a dull first half that can’t be saved by its climax.

60
REVIEW: ‘Parallax’ is Atmospheric But Struggles to Grasp Sense of Reality and Comes Up Short 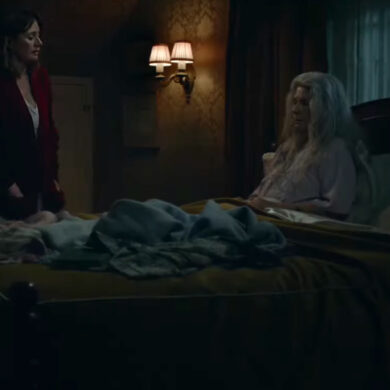