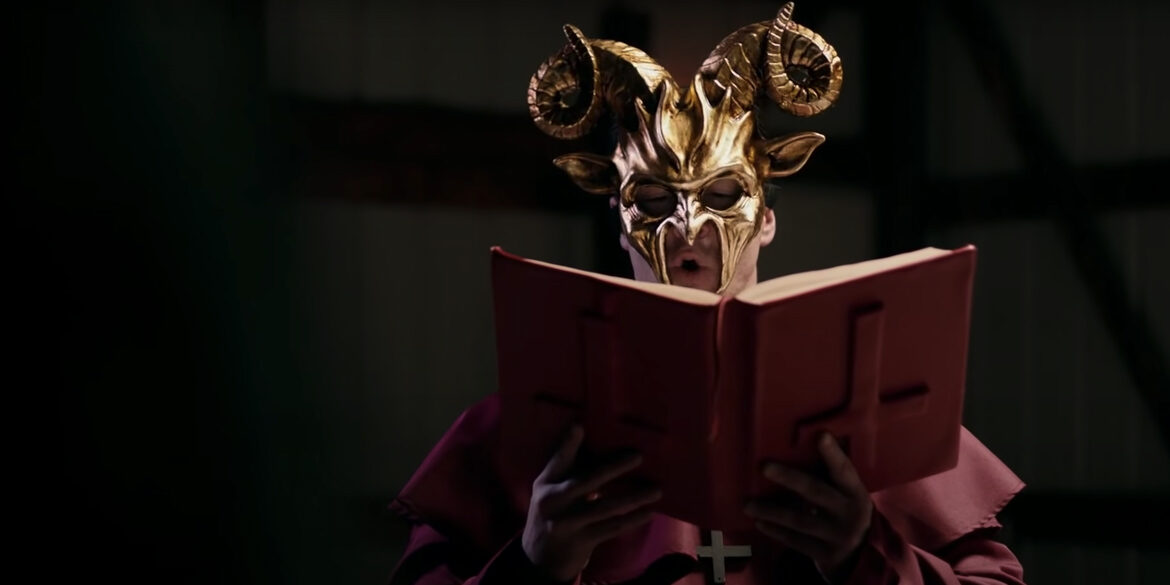 It only takes one guy to ruin the summoning ceremony. In the comedy horror short ‘Born Again,’ there are 5 to blame for this ritual-gone-”ugh, goddammit.”

Jason Tostevin directed the film, which made the rounds at genre festivals including Panic Fest after its 2017 debut. The short has since found a streaming home in ALTER.

‘Born Again’ finds us in a storage unit with five Satanists doing the work to summon the devil. A pregnant sacrifice lies on the table, belly ready to burst ‘Alien’-style with their Dark Lord incarnate. The expected candles, chanting, and masks set the scene. The twist? The guy with the book of incantations is running late from his Best Buy gig, and the rest of the group is just as clueless.

The film is a sketch fueled by one joke — that these are just a bunch of bumbling bozos — and relies on “you idiot” reaction shots from the other Satanists for many of the laughs. It seems the wiser choice to let the audience do the reacting, but that would presume there are lots of opportunities for the audience to react. The laughs are ultimately few, an oddity as the film has the vague feel of an improv show. If that improv show got a last minute relocation to a storage unit with a pentagram painted on the floor. But like an improv show, when a solid premise derails, it doesn’t make you regret that you came.

The comedy mostly falls flat, but the straight horror doesn’t, which is at least half of what we came for anyway. Some bloody body horror goodness from special effects designer Shane Howard shines. (Remember the pregnant belly?) The too-cool effects let the short round the corner to a silly but satisfying end.