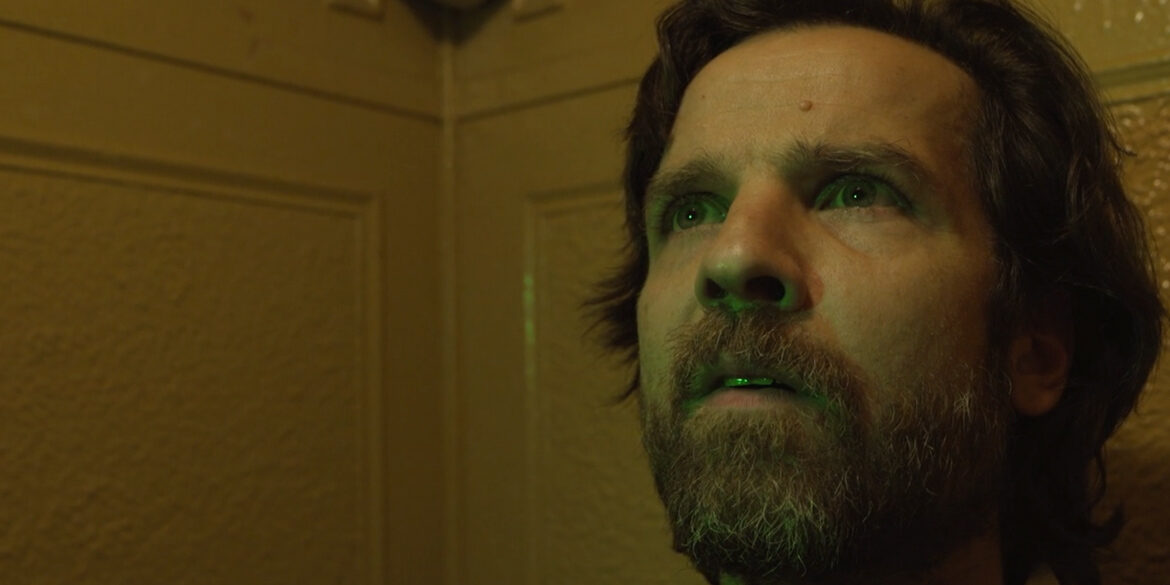 For anyone that has been stuck in an elevator before we all know how uncomfortable it can be. Especially if you are claustrophobic and it feels like the walls are closing in as it gets warmer by the minute. Dusty Brown is the writer, director and star of of his short film ‘Hellevate’ that puts a new humorous bizarre twist on that very feeling.

He plays a man that must deal with an elevator company’s incompetent customer service while stuck between floors. But we slowly find out there is a sinister twist. The short was shot on a budget of just $500 in one location. The simplicity of the idea is what makes this short so fun and effective. I also loved the aesthetic of the elevator that is carried through with a round TV which descends from the ceiling.

I had a chance to ask Dusty what influenced the idea for his short and what we might see next.

DRC: I loved the concept of the short and how simple but effective the idea is. Shooting in one location and have it pay off so well. Is your idea of being stuck in an elevator your own personal hell? Is that what sparked the idea for the short?

DRC: What is your worst experience in an elevator?

Dusty Brown: I’ll tell you instead my worst experience feeling “trapped”… I was living in LA at the time and a group of us we’re going camping on an isolated beach north of Malibu. I’m not even entirely sure it was legal for us to be there overnight.  I was recently single and the others in the group had coupled up… it was gently suggested that I sleep in my own tent (I know, get new friends, right?). This one gnarly dude, Ben,  had a state of the art one-man tent that he brought especially for this purpose. I think he spent 3k on it for his dumb high altitude expeditions that previous summer. It had that kind of tin-foily, space age quality to it. Anyway, we all went to sleep and I had one of those “being trapped” nightmares and woke up in this fucking metal box with the sound of waves crashing all around me… I was like “where the FUCK am I?” and “can I even breathe in here?” —- I had to get out, but the walls were made of some kind of rubbery metal (in my waking nightmare)… so with MY TEETH I ripped a giant man sized hole and got out of that death-trap. Soon after of course, I realized it wasn’t a death trap, it was a suuuuuuuuper expensive tent! Oopsies! Looks like the raccoons got at it in the night, Ben! 😬😂

DRC: Will we ever see Mr. Richardson walk out of the elevator and onto the set of Adult Swim’s You’re Pretty Face is Going to Hell? Because it feels like a perfect natural progression. Bottom line, will we ever see him rot in eternal damnation?

Dusty Brown: Hahahaha…  maybe!!!!  You know it’s funny—  In Dante’s Inferno (which I borrowed a lot from) the first couple circles of hell actually don’t seem that bad, which always struck me as odd…  I’m like, if you’re chillin with your pals, trading guitar licks and poetry stanzas what’s the big deal? I think I’d like to see him in one of those places hanging with Wilt Chamberlin and find out what a “not-so-bad hell” looks like, and especially what’s lurking underneath that gave it it’s crazy reputation…  stay tuned!

You can catch ‘Hellevate’ at our genre fest, Panic Fest in Kansas City January 25th. It is part of Block #1 during our Short Film Showcase programming.

90
REVIEW: ‘Hellevate’ Brings Humor to the Hellish Situation of Being Stuck in an Elevator 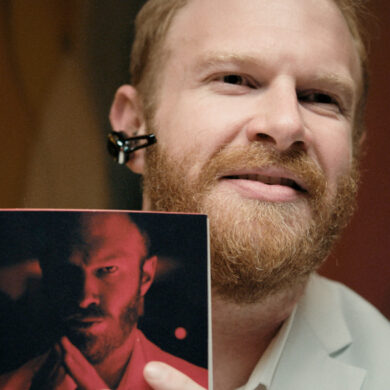 REVIEW: ‘Conspiracy Cruise’ Captures Everything We Love About Henry Zebrowski