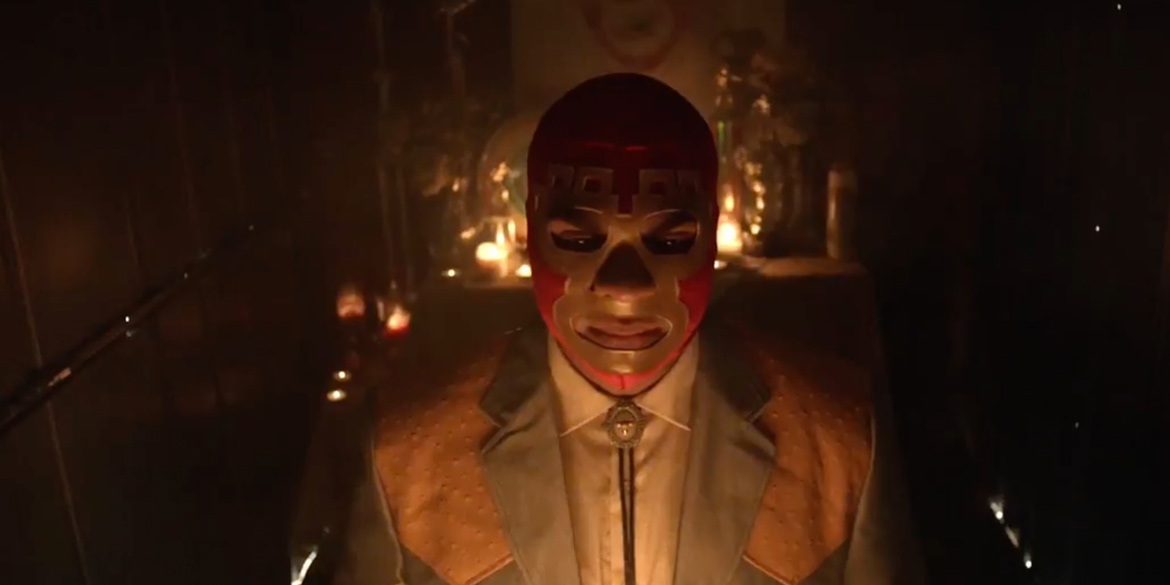 Film debuts are hard. Full stop. The amount of expectation that comes with being an “emerging talent” can seem insurmountable. The team behind Lowlifethough have crafted a picture of brutality, heart and humor that most artists spend a career hoping to make. It’s the kind of film where people are likely to throw out comparisons to Quentin Tarantino. Here’s the thing: that’s not the death curse it used to be in the late 90’s. In fact, such a declaration now seems like the heralding of a promising new director If anyone is deserving of that, it’s Ryan Prows.

From the opening sequence, Lowlife demands attention. A quick prologue shows exactly what kinds of horror await. An ICE agent hops a fence, gun drawn, seemingly in search of an invisible enemy. Suddenly he kicks open a door and escorts five women into the parking lot of a fleabag motel. After zip-tieing them, he leads them to their fate, in the basement of a Taco Shack. They’re still eventually deported, only now via small organ coolers. The titles arrive with a bang, as do the inter-titles through the film.

Initially, Lowlifefeels disconnected and jumbled, not just because of the time-jumps. There’s immediately so much information to process and such an array of emotions being cycled through, that it may seem overwhelming. Therefore audience members are best advised to take a deep breathe and hold on tight. At the same time, using a device that harkens back to the likes of Rashamon and Pulp Fiction, helps paint a tapestry of insanity.

Characters that inhabit this world aren’t just diverse, they’re a reaction to usual stereotypes. Low level Kingpin “Teddy Bear” (Mark Burnham) attempts to ooze charisma behind devious eyes, instead coming off like a dime store Scarface. Crystal (Nicki Micheaux) struggles with the weight of the world, skeletons in her closet and the best addiction replacement in history. Someone whose catharsis comes not only from the help of others, but can be missed almost entirely, if you aren’t reading background clues. El Monstruo (Ricardo Adam Zarate) comes from a lineage of almost mythical giants, though he himself is a runt. His superpower is rage, manifesting so uncontrollably that he always blacks out. Then there’s Randy. The most sensible, sympathetic, yet also most heightened character in the film. He reacts in the presence of dire circumstances by helping those around him. Oh and he has a swastika tattooed on his face.

Lowlifeisn’t just out of time in how it reminds people of that initial “post-Tarantino” wave, but also in it’s understanding of economy and use of characters. Everyone who appears on screen has a story to tell. Better yet, they’re all worth engaging in. The twists and turns that follow are best kept a surprise. That’s not to say there’s anything earth-shattering stated. Simply, this is one film where the ride is just as good as the end destination. Everything clicks. One character’s high is another’s low. As different and disparate as they seem at the star. Crime makes strange bedfellow of the most unlikely of sorts. Tone is treated with equal measure too, crammed into an odd shaped boxed and all the better for it. Bloodshed and comedy are swirled together so finely, that many will recoil in horror at how much they’re laughing.

Surprisingly, Lowlifemay be one of the only features in recent history where having five screenwriters is a benefit, rather than detriment. Prows and his screenwriters met years ago in college, working as a comedy group called Tomm Fondle. Here they blend perfectly as a cohesive unit. It’s hard to imagine given the intricate weaving of the plot. It’s a testament to their work ethic that none of the seams seem to show. Every section focuses directly on a different lead, but feels very much of the whole. The fractured narrative reveals itself over time. Like a puzzle box, methodically clicking into place.

Tossing a ton of praise at the feet of Lowlifemay come off as unfounded, to a degree. Yet rarely does a talent come along and assert itself with such assured-ness, the way Ryan Prows does so here. Luckily he’s flanked by several leads who not only buy into his concept, but turn in stellar performances, in the process. This is the kind of movie people get excited to talk about with friends who haven’t seen it yet. Or the kind of  film that becomes the barometer for other aspiring film-makers. It takes something thought to be old and re-purposes it to be new again. As El Monstruo would proclaim: “The legacy is all!”