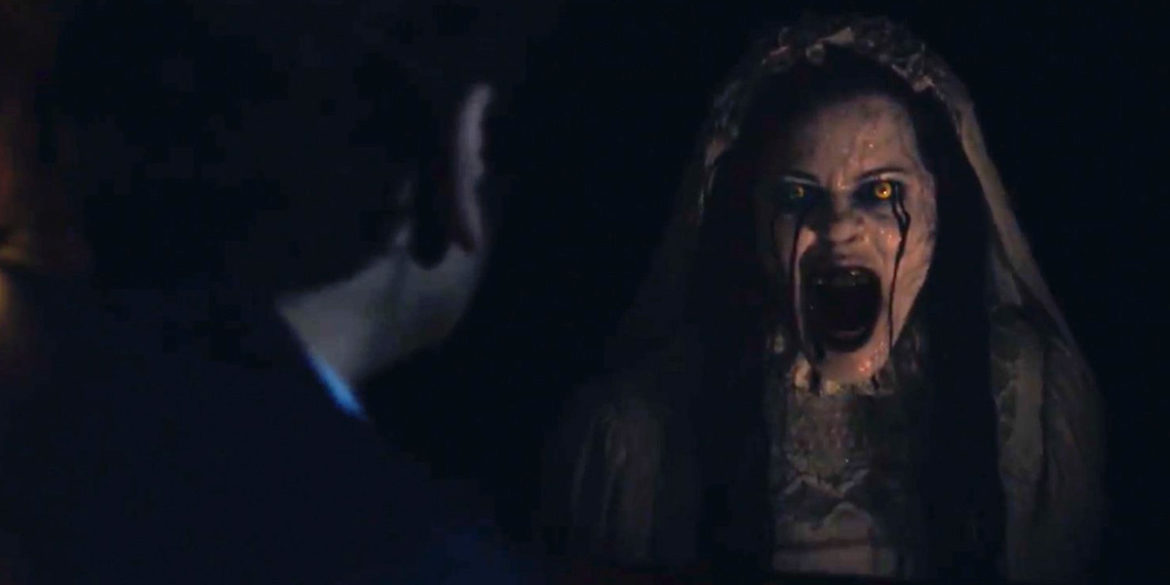 Although I was previously unaware of it, the legend of La Llorona, or “Weeping Woman,” is apparently known well enough elsewhere that it has been the subject of several books, movies and television shows from as early as 1961. If IMDb is correct, the version I just watched, The Curse of La Llorona, is not the only movie based on the legend coming out this year. Let’s just say it’s popular subject matter.

Minimal research about La Llorona suggests that the new movie is consistent with the original legend. In a Mexican village, a young woman meets a handsome man and the two are soon married and have two sons. It’s not long, though, before he begins cheating on her. In a jealous rage, she drowns their children in the river. However, consumed by guilt, the woman kills herself.

Her spirit supposedly survives in the form of the weeping woman, crying in despair over the fate of her children. She hunts for other children to deliver to them the same fate. While the legend is supposedly used in Latin America to scare children from staying out too late, it’s used in The Curse of La Llorona simply to scare; and, the movie is successful more often than not in doing just that.

While the ratio of genuine scares to false scares is higher than in most movies, it becomes a little overused, almost tedious. Exacerbating the issue is that the scares hang on the most minimal of plot. Basically, you have the legend and you have a family battling the legend in 1973 (I’m not sure why it’s that particular year.) There’s no meat on the bones… no mystery. What you see is what you get.

That means the movie is about 90% “action,” with a small percentage used for character development, which is concentrated at the beginning when establishing the family, past events and their relationships. Once the woman starts weeping, there’s no time to pause and reflect. Linda Cardellini plays Anna Tate-Garcia, a policeman’s widow with two children.

She’s a social worker with child protective services that encounters a similar family unit suffering the wrath of La Llorona. Investigating the death of Patricia Alvarez’s two children late at night, she tells her son to stay in the car. If you don’t know any better, I’ll tell you this is an indication that he’s not going to stay in the car. Because he doesn’t, La Llorona becomes attached to the Tate-Garcia family.

The audience groaned later when his sister also predictably defied her mother’s instructions, but I realized something. Kids do stupid things in real life, too, not just in movies. Yes, it’s a trope, but it’s an almost essential trope in horror movies. Stupid acts by children facilitate bad things happening; without bad things happening, or at least threatening to happen, we wouldn’t have much of a horror movie.

To its sort-of-Poltergeist vibe, add an Exorcist vibe. Raymond Cruz plays Rafael Olvera, an ex-priest turned shaman that’s recruited to help Anna and the kids. His eccentricity intends to add some humor to the proceedings, but it failed to turn my frown upside-down. It was particularly ill-timed and ineffective for me when used as the punch line at the end of the climactic battle.

Its shortcomings prevent The Curse of La Llorona from being a great movie, but I don’t mean to indicate that it’s a bad one. Instead, it’s just average. Well, let’s say above average simply because the scary moments work really well. I jumped multiple times. At least it’s not a horror movie that’s not scary. That’s a real curse from which no one wants to suffer.

63
Review: Popular Legend Retold in ‘The Curse of La Llorona’ 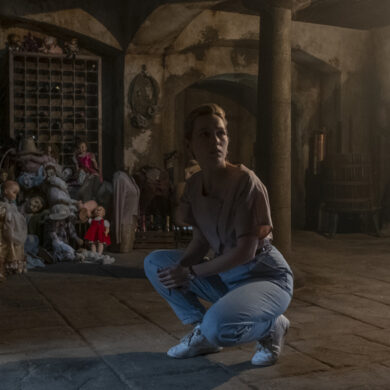