The latest in the line-up from the recently re-launched FANGORIA, and based on a story by Grady Hendrix (Mohawk) and Ted Geoghegan (We Are Still Here), the film was written by Hendrix and directed by Chelsea Stardust (Hulu’s “Into the Dark”).  SATANIC PANIC stars Hayley Griffith (The Drew), Ruby Modine (Happy Death Day), Michael Polish (Before I Wake), Jerry O’Connell (“Billions”) and Rebecca Romijn (X-Men Franchise).

The film will be released in theaters and on VOD and Digital HD on September 6, 2019.

“We could not be more excited to be releasing the instant classic, SATANIC PANIC,” said Mark Ward, Chief Acquisitions Officer of RLJE Films. “Chelsea Stardust is a filmmaker on the rise and we know audiences will line up to see this completely original and wild film from FANGORIA.”

In SATANIC PANIC, a pizza delivery girl at the end of her financial rope has to fight for her life – and her tips – when her last order of the night turns out to be for high society Satanists in need of a virgin sacrifice. 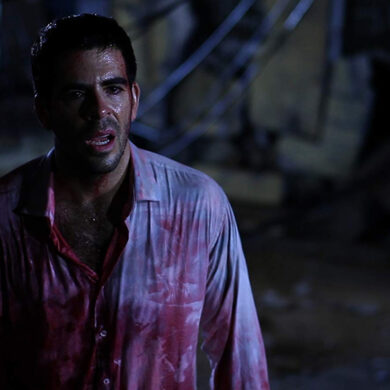