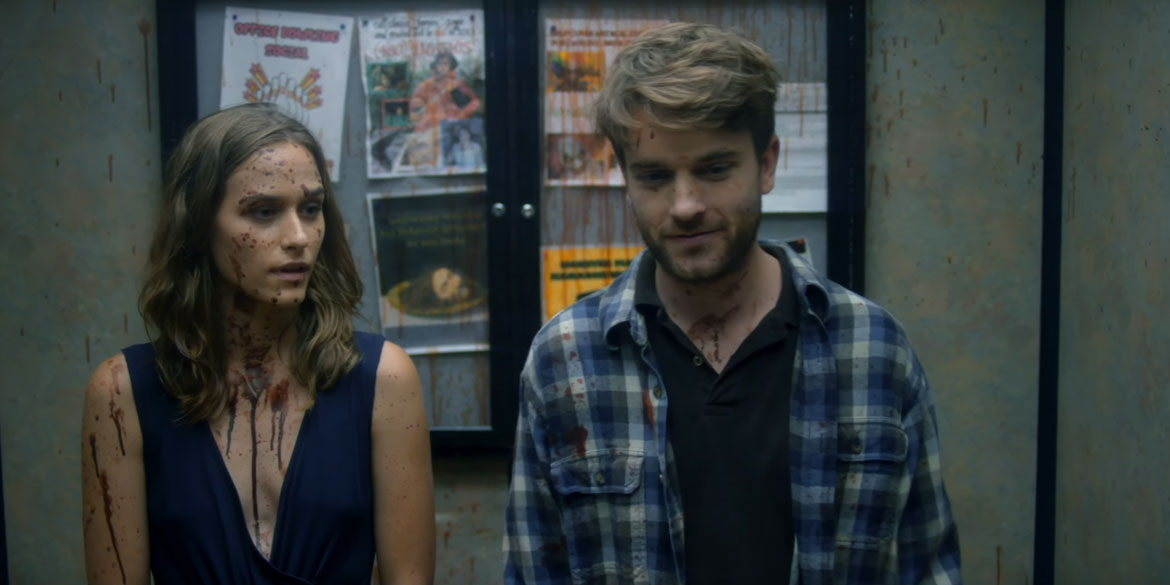 Credit: Paper Street Pictures
Share
ShareTweet
Shudder announced today that it has acquired all rights in its territories to horror comedy ‘Scare Package,’ from creators Aaron B. Koontz and Cameron Burns. The anthology film, which delighted audiences at numerous festivals including the Sitges Film Festival in Spain, features seven gleefully ghoulish tales from a range of horror subgenres. ‘Scare Package’ will premiere on Shudder in the U.S., Canada and the UK on June 18.
“We are delighted to introduce a new generation of horror voices in this smart, funny, gory, ode to horror that is Scare Package,” said Emily Gotto, Shudder’s Director of Global Acquisitions & Co-Production.
“People say this often, but we mean it: This truly is a movie made by horror fans, for horror fans. And we have the tears, sweat and 40+ gallons of blood to prove it. So, to be able to partner this love-letter with Shudder was a dream come true and hopefully can be a wild and hilarious distraction in our newly confined times,” said producer and segment director Aaron B. Koontz.

Led by a diverse group of up-and-coming genre filmmakers, Scare Package features the directorial debuts of actors Segan and Vaughn. Emily Hagins (Netflix’s Coin Heist), Anthony Cousins (The Bloody Ballad of Squirt Reynolds), Chris McInroy (Bad Guy #2, Death Metal), Courtney and Hillary Andujar (Production Designers of The Girl On The Third Floor, Bloodline), and Aaron B. Koontz (Camera Obscura, the upcoming The Pale Door) round out the collection of filmmakers.

The film was produced by Austin-based genre production company Paper Street Pictures and developed by Koontz and Burns, who are currently in post-production on the witchy-western The Pale Door and previously collaborated on the horror-thriller Camera Obscura for NBCUniversal.

Additional producers included Alex Euting, Shawn Talley, and Ashleigh Snead (The Ranger) for Paper Street as well as Kris Phipps. Graham Northcote served as Executive Producer. The deal was negotiated by Emily Gotto on behalf of Shudder and Aaron B. Koontz on behalf of Paper Street Pictures. 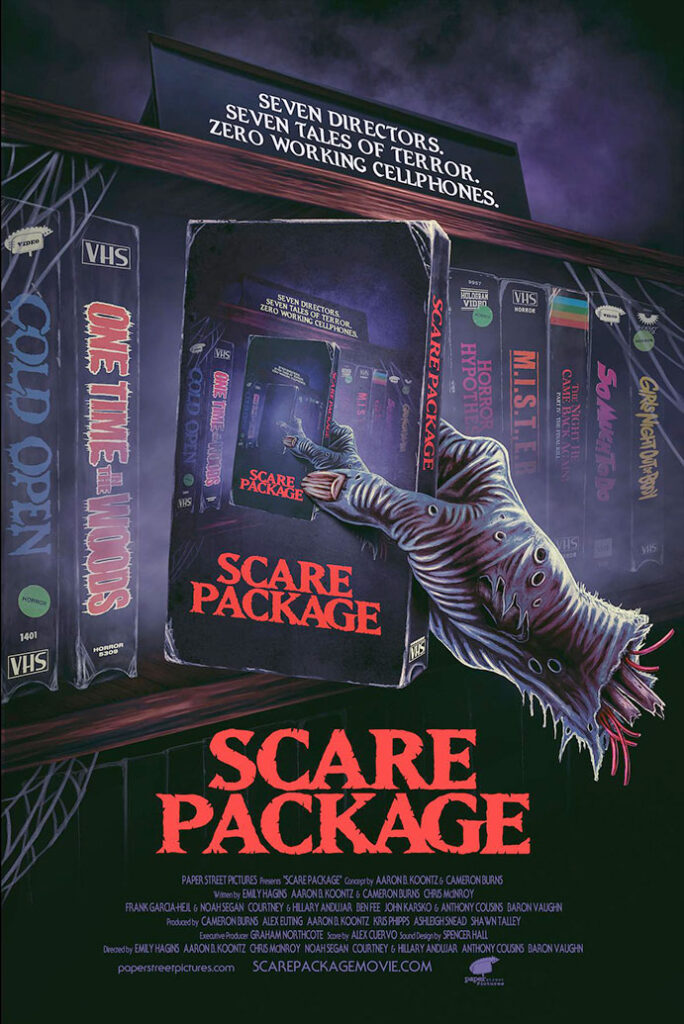 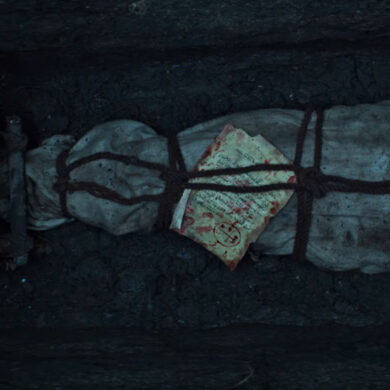