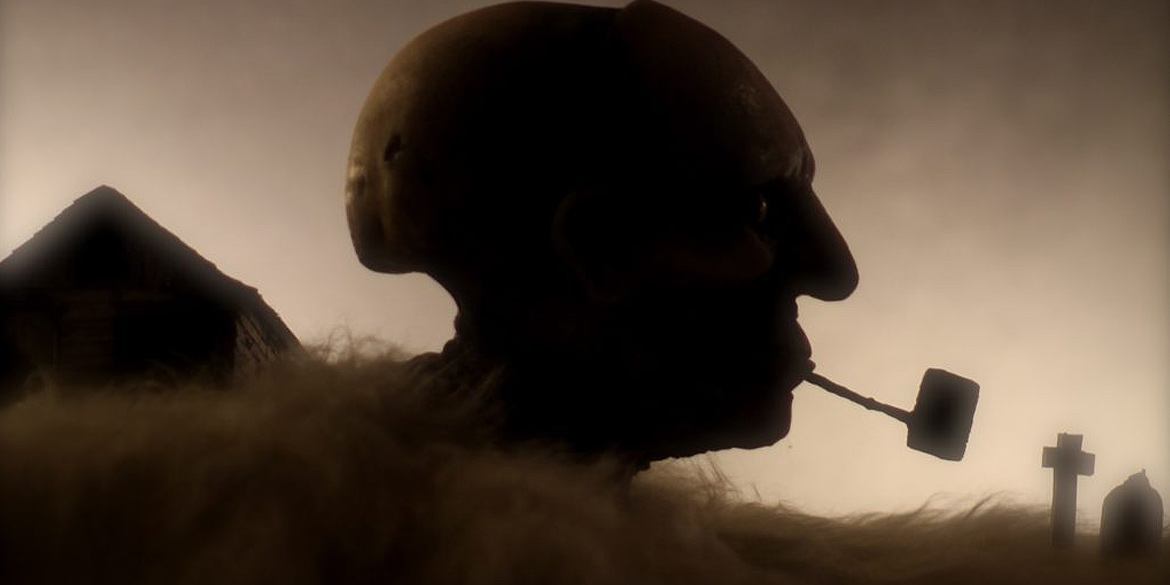 I still remember the exact moment I was first introduced to the ‘Scary Stories to Tell in the Dark’. It was a stormy day in an afterschool program, and someone suggested we crack open the book as to not waste the mood created by the inclement weather. I don’t remember any of the specific stories or folk tales from that day, but the image of a ghoulish face with a corncob pipe growing out of a hillside was one that was seared in my memory and has never left. This book and it’s ability to leave a lasting impression on just about every child who came in contact with it during the 80’s & 90’s appears to be the impetus for the new documentary ‘Scary Stories’.

The documentary is still in the workprint stage and was screened this past week at the Panic FIlm Festival. The documentary is really made up of two parts that are being told concurrently. One is a kind of biography on the Scary Stories author Alvin Schwartz along with an oral history of the book’s accolades and controversies. We get in depth interviews with Schwartz’s children giving lovely anecdotes about who their father was away from the typewriter. We also have other children’s horror authors of note (R.L. Stine!!!) discussing the fertile ground that the 1980’s were from children’s horror and Schwartz’s place in that history.

The other portion is interviews with artists, photographers and librarians all describing the ways the word’s of Alvin Schwartz and the illustration’s of Stephen Gammell have inspired them in their careers and their creativity. There’s a sculptor who perfectly recreates the first book’s iconic cover. Another person draws upon the stories for his music and writes songs based on the ‘Scary Stories’. It reminded me of the famous Jaws documentary ‘The Shark is still working’ and it’s these moments where see artists creating homages and drawing inspiration from something they treasure where the film works best for me.

The portions of the film that focus on Schwartz’s life and a famous case in Kirkland, Washington where a PTA mother attempted to have the book banned are a little bit more of a mixed bag. The background on his life is fine, albeit a little generic to documentaries. The focus on this book banning case really feels forced/unneeded to me. The book was the most challenged book of the 90’s, so i’m not sure why this specific challenge was so special. It all leads to a third act confrontation between the mother and one of Schwartz’s sons (I mean this in the most mild sense) which I think the filmmaker’s hoped would lead to a kind of catharsis. If that catharsis is achieved, its minute and hollow.

The Oral history portion isn’t all a miss though. There’s big chunks of this movie where we dive deep into some of the most famous folklore that helped inspire ‘Scary Stories to Tell in the Dark’. These vignettes are incredibly rewarding. It would be enough for this film to have hardcore fans of the books series tell you about ‘The Red Spot’ or ‘The Thing’; but the film (much to it’s credit) goes back a step further and analyzes the stories origin and gives you an anthropological and sociological lens to view it through.

The film also has some inspired visual touches. The main one of note is presenting any memories through an animation style that is a direct homage to the work that Stephen Gammell did in these books. It adds a much appreciated visual flare to what could be boring “talking head” moments. Instead of seeing stock photos or our interviewees faces, we are treated to images from the ‘Scary Stories’ books that actually come to life before us.

Overall, I think if you had any experiences with ‘Scary Stories to Tell in the Dark’ you will find this a rewarding watch. I can’t help but think it might work better as a tighter, 50-minute episode of ‘Vice Presents’, but there’s still a lot of to enjoy and learn about one of the most famous children’s horror books of all time, it’s author and all the creativity these stories have brought into the world. 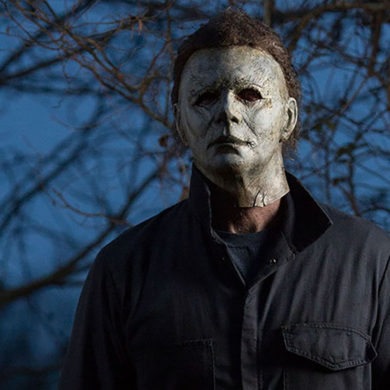 ‘Halloween’ Tries to Emulate the Original, But Does it Succeed?