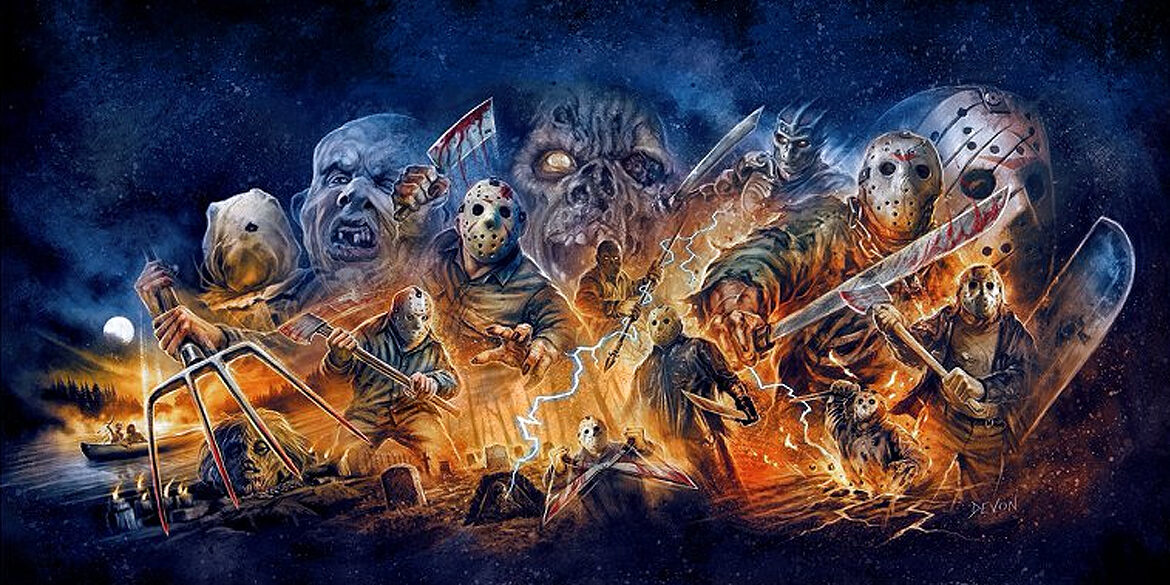 Shout Factory dropped some summer camp goodness on us today with their announcement of the ‘Friday the 13th’ Deluxe Collection.  The news crashed the pre-order site and caused Shout Factory to add a few more copies that are up for grabs. The blu-ray set with a planned release of October 13th! Full details of the release can be found below.

PRESS RELEASE:
“You’ve heard the rumors and they are true: Scream Factory – with collaboration from Paramount Studios and New Line Cinema – is releasing the FRIDAY THE 13TH COLLECTION (DELUXE EDITION) Blu-ray set with a planned release of October 13th!

We’re honored and beyond excited to have the chance to celebrate the 40th Anniversary of the original 1980 classic in a big way. And rest assured, we will do our absolute best to make this the most definitive release ever of this iconic franchise. We genuinely love it just as much as you!

Here’s the details we can give you at this time:

• Each film inside the slipcover packaging will receive a dedicated Blu-ray case featuring original theatrical artwork. (Similar to how we presented Halloween, The Omen, The Fly and Critters boxsets.) Some films in the set will have reversible sleeves with alternative cover art, giving you the option to swap them around.

• New & existing extras from prior home entertainment releases are in progress and will be revealed in full on a later date. (The COVID situation prevented us from getting everything finalized before today’s announce.) What we can confirm at present can be found listed on our product page here: https://www.shoutfactory.com/product/friday-the-13th-collection-deluxe-edition?product_id=7444 . Some highlights include two bonus discs packed with extras, an exclusive 40pg collectible essay booklet with archival still photography, and new 4K film transfers for Friday the 13th (1980) (Both theatrical & unrated versions), Friday the 13th Part 2, Friday the 13th Part 3 (in 2D – and, FINALLY, presented in real 3D), Friday the 13th: The Final Chapter and Jason Goes to Hell: The Final Friday (both theatrical and unrated versions).

• Only 13,000 units of the set are being made. Expect pre-order pages to go up soon from your favorite online retailers.

• **SPECIAL SHOUT FACTORY WEBSITE ONLY OFFER**: However, if you order directly from us @ https://www.shoutfactory.com/product/friday-the-13th-collection-deluxe-edition?product_id=7444 you will receive the boxset, an exclusive limited edition 36″ x 24″ rolled lithograph featuring the new slipcase artwork from artist Devon Whitehead, and an exclusive limited edition 24” x 36” Friday the 13th 40th Anniversary rolled poster featuring new artwork from artist Joel Robinson. This unique offer will be limited to 1313 pieces so if you must have it, act soon!” 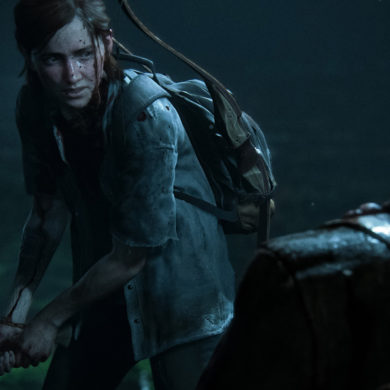 Our Top 5 Most Anticipated Horror Games in 2019