Shudder has announced the release of ‘Host.’ A new Zoom-based horror film from award-winning filmmaker Rob Savage (Dawn of the Deaf). Set to premiere on Thursday, July 30, exclusively on Shudder in all its territories, ‘Host’ was shot remotely during quarantine and features groundbreaking scares, stunts, and surprises, all filmed by the actors in their own homes. The project was commissioned, written, produced and will be released in under three months.

‘Host’ is the story of six friends who hire a medium to hold a séance over Zoom during lockdown, but they get far more than they bargain for as things quickly go wrong. When an evil spirit starts invading their homes, they begin to realize they might not survive the night.

The film stars Haley Bishop (Deep State), Radina Drandova (Dawn of the Deaf), Edward Linard (The Rebels), Jemma Moore (Doom: Annihilation), Caroline Ward (Stalling It) and Emma Louise Webb (The Crown), who also operated their own cameras, helped pull off their own practical effects, and lit their own scenes. Due to social distancing precautions, Savage never set foot in the same room as his actors at any point during production and instead directed them remotely.

“We saw a short horror film Rob shot during quarantine that went viral, and we immediately asked if he had an idea for a full-length feature,” said Craig Engler, Shudder’s General Manager. “What he and his team created in Host surpassed all our expectations — it’s a great horror film that cleverly uses the idea of a Zoom séance to fashion a story that’s uniquely realistic and terrifying, with jaw-dropping stunts done entirely by the actors.”

“I’m a certified Shudder obsessive,” added Savage. “When lockdown began, I spent week’s bingeing everything on Shudder, so to find myself premiering a new film on the platform only a few months later is incredible. Shudder understood the potential of this mad little film from day one and totally supported us making it in our own way. It was such a rewarding process and the final product is something we’re all so proud of. I hope this is the first of many collaborations!” 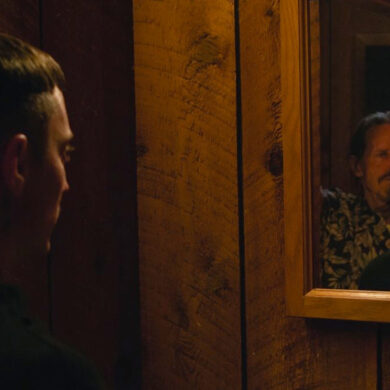