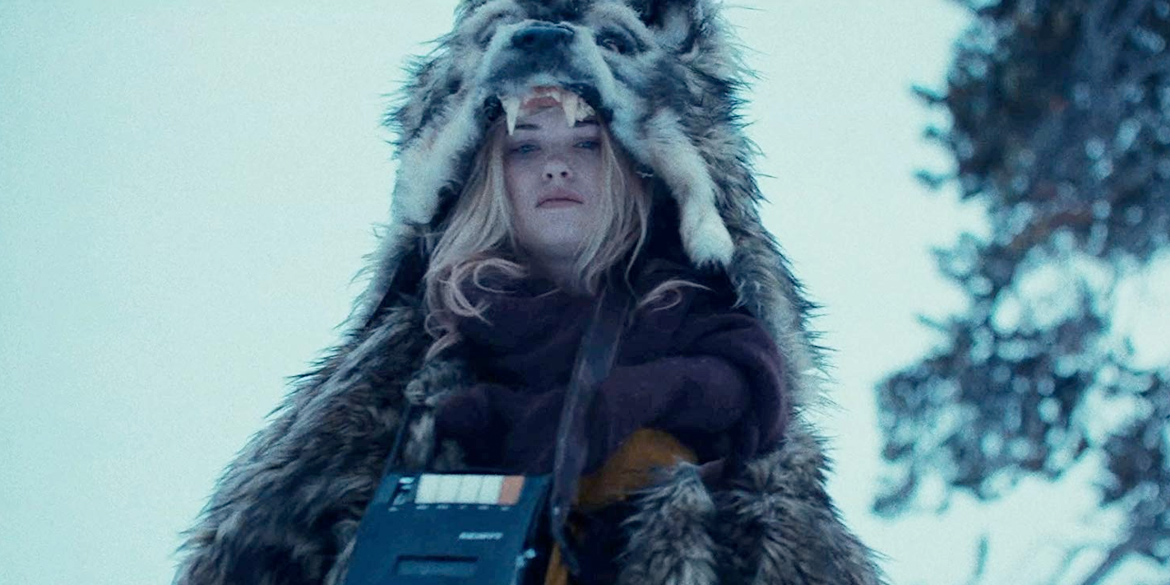 Alfred Hitchcock once famously said, “Drama is life with the dull bits cut out”. While this is pithy, clever, and a great quote to generally throw about at dinner parties, it is a bit reductive. Drama, in film, in novels, in plays, tends to walk a finer line than that. Sometimes pacing is deliberately slowed to convey emotion, a character state of mind, a theme. A perfect example of this comes in the new film by A.T. White, ‘Starfish’.

The first act of Starfish is plodding, slow, deliberate. It follows Aubrey Parker(Virginia Gardner) as she attends her friend’s wake and begins the process of grief. Within the first twenty minutes or so of the film, grief is so wholly and masterfully captured the film itself becomes a bit uncomfortable. Any viewer who has any experience with loss and grief will feel an attachment to the images and pacing of the film at a very intimate level. So, while the sequences of Aubrey walking through the ruins of her recently deceased friend’s life, the skeleton of artifacts, that are all that remain of a lost human life can be considered “dull” or arduous they are also incredibly effective and visceral.

If this was the film, if it was a literal exploration of grief and loss, Starfish would be a deeply personal and tactile film. The filmmakers, however, have much bolder plans of narrative exploration in store.

Perhaps since the masterclass that was Hitchock’s ‘Psycho’, no storyteller has ever manipulated the “false first-act” structure as completely as when that poor woman decided to take a shower. In Starfish, our protagonist also decides to take a shower and soon after everything established and laid forth within the first act is suddenly and decidedly cast aside. The film tilts completely until it feels like a completely different narrative. Gone is the literal exploration of stumbling through the artifacts of a lost life and introduced is the abstract, reality bending narrative that becomes an apocalyptic thriller.

This is not to say there are no parallels to the first act, the rest of the film is still a search for artifacts left by a loved one. It is to say, though, that the film leaps from an intimate and literal character study and barrels into the fantastical and ethereal exploration of the emotion of grief. Instead of showing the grief in portrayals of real life, the filmmakers display it with monsters, smoldering buildings, violence and gore. It becomes a film the first act never hinted at.

So while a term like ‘Hitchcockian” is thrown about too often, one can’t feel that Starfish accomplishes something strange and special by both defying the above Hitchcock quote and embracing some of his most masterful moments of story structure.

With that said, the film does feel a bit lost in itself, processing the narrative much like humans process grief and loss. It is meandering, confused, and a bit morose. The filmmakers are succeeding at their goal, to cinematically process and convey the very complicated and oppressive experience of death. With that success, however, the film struggles to hold itself up during the latter second act into the third act. When dealing honestly with grief, when avoiding traditional narrative containment and structure, the result can’t help but feel confused and unresolved. In life, death has no resolution. The loss of someone is permanent, there is no ending. Starfish, and its portrayal of that grief, feels the same. It has moments of powerful imagery, messages, and character realizations, but in the end it still feels lost and unresolved.

78
Panic Fest: ‘Starfish’ is Grief With the Dull Bits Left In 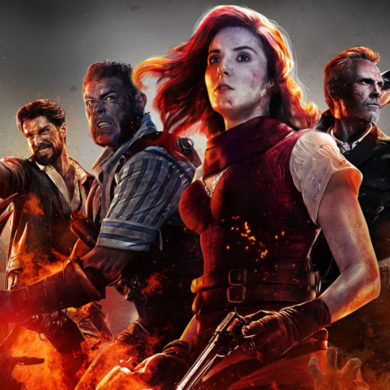