There’s something in the air these days. From TV shows ending, the days getting longer to a bunch of movies crowding the theater. Put it all together and it can mean only one thing: the Summer season is upon us. Now, technically it isn’t for a couple more weeks, if you go by the calendar. The folks over at Stranger Things? Well, they’re starting in early on all things “fun in the sun” related. Today they’ve released not one, not two, but two three things, to get you excited for season 3. It’s mostly good stuff. Plus one rather awkward product tie-in move. First up is a short clip, that speaks for itself, while evoking The Sandlot, of all things.

While it may not focus on one of the more central characters, it definitely still feels soaked in the nostalgia that Stranger Things loves to play in. The music choice. The outfits. That hair. It’s all period appropriate, while inviting more than a few chuckles. Plus, it would appear that Billy is adapting nicely to Hawkins. Specially after where things ended for him in season 2.

Of course, the clip on its own, wouldn’t be enough to satiate fans. Not with over a month before the next season drops. As luck would have it, the show is cashing in on the ever-popular character poster trend, with an artfully done series of almost every character imaginable.

Lastly, there’s that aforementioned product tie-in. If hearing the phrase “New Coke” immediately sends a shudder down your spine, you might want to look away, for a moment. Turns out Netflix and Coca-Cola are forging an unlikely, though calculated alliance. According to Variety, starting Thursday specially branded Stranger Things Coke and Coke Zero products will begin hitting shelves. At the same time, a limited supply of New Coke will be made available online at CokeStore.com/1985. However, that’s not the end of it. While all this is going on, an ad will start appearing in theaters, highlighting the cross-over. One which you can just so happen to check out below.

Now, after all that excitement above, the central plot of Season 3 largely remains a mystery. We know that something BIG takes place over the 4th of July celebration in Hawkins. Not to mention a deep dive into the “mall culture” of the 80’s. Any way you slice it, it’s shaping up to be the event of the summer. I mean, if you tuned into this last season of Game of Thrones, you’re likely to watch this. So grab your short shorts, your walkman and a hot-dog-on-a-stick, for when Stranger Things makes its glorious return, on July 4. 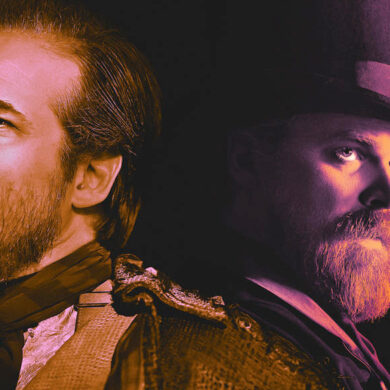