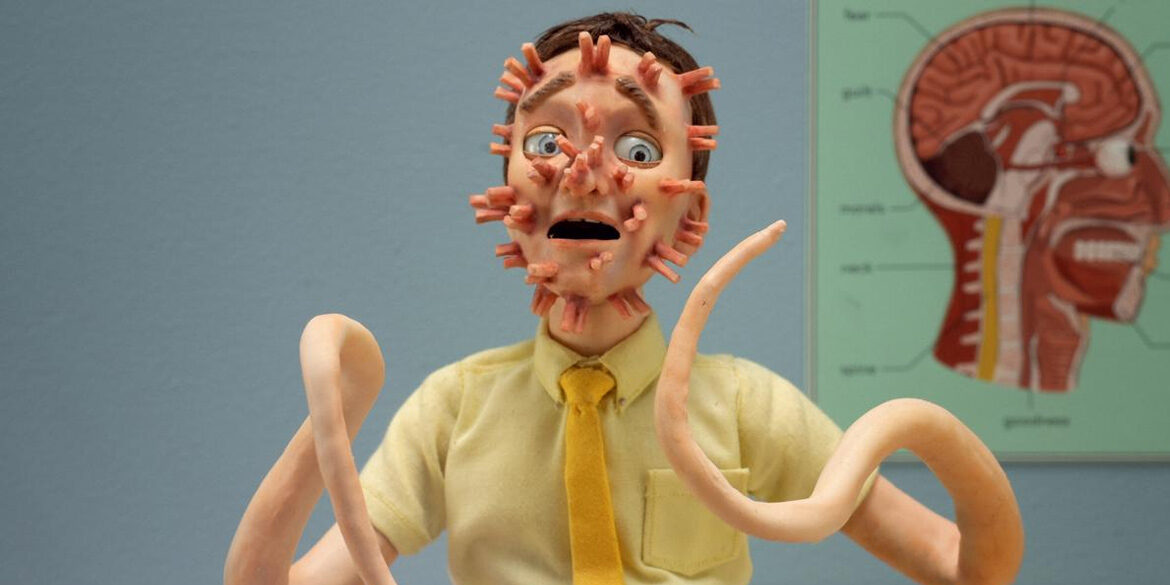 Adult Swim has released the all-new official trailer for the highly-anticipated second season of THE SHIVERING TRUTH, a disturbing stop-motion animated series continues with even more terrifying stories to keep you awake at night.

THE SHIVERING TRUTH is a delicately crafted, darkly surreal anthology comedy. Each episode is a miniature propulsive omnibus cluster bomb of painfully riotous daymares all dripping with the orange goo of dream logic. A series of loosely linked emotional parables about stories within tales that crawled out of the deepest caverns of your unconscious mind and became lovingly animated in breath-slapping stop motion — in other words, it is the TRUTH (squared).

Season 2 premieres on Sunday, May 10 at midnight (Sunday night leading into Monday) right after “Rick and Morty.”