Now that many moviegoers have experienced the tension and dread inducing horror film (yes I said horror film) HEREDITARY it is time to talk specifically about Toni Collette’s performance.

The film focuses on the family matriarch that passes away and leaves a family grieving by a past that is haunted by tragic and disturbing occurrences. But the past begins to unravel dark secrets. Those dark secrets are being played out through the eyes of Collette’s character. A unique perspective and one that will stick with you when the credits roll.

The mental fortitude it must take from an actress to portray the character of Annie is no easy task. Yet Collette time and time again, frame by frame found a way to slip into an unnerving place drifting to the brink of madness just before free falling off a cliff near the end of the film.

I don’t want to give anything away for anyone that has not seen the film – but the new promo clip released by A24 today gives you a brief taste of Collette’s Oscar-Worthy performance. Yes, I said Oscar-Worthy. Apparently Esquire agrees according to their pull quote seen in the trailer. Rarely do we get to use the word Oscar in the same sentence about a horror film, but this is one of those rare exceptions that should be fully recognized.

Some argue that Hereditary isn’t a horror film but if that is the case I think there are many “classic” horror films that would be up for discussion as well. Is Hereditary strictly a horror film? Perhaps not. It blend parts of a thriller and family drama together – but the overwhelming horror factor is there and it will leave you drenched with apprehension and fear.

Director Ari Aster has crafted a true masterpiece that in my opinion becomes an instant classic. Check out a preview of Collette’s performance below – or simply relive some of her unhinged moments from the film. 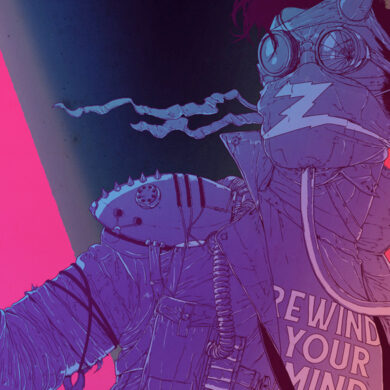