‘Vampires vs the Bronx’ Feels Like a Modern Day Monster Squad 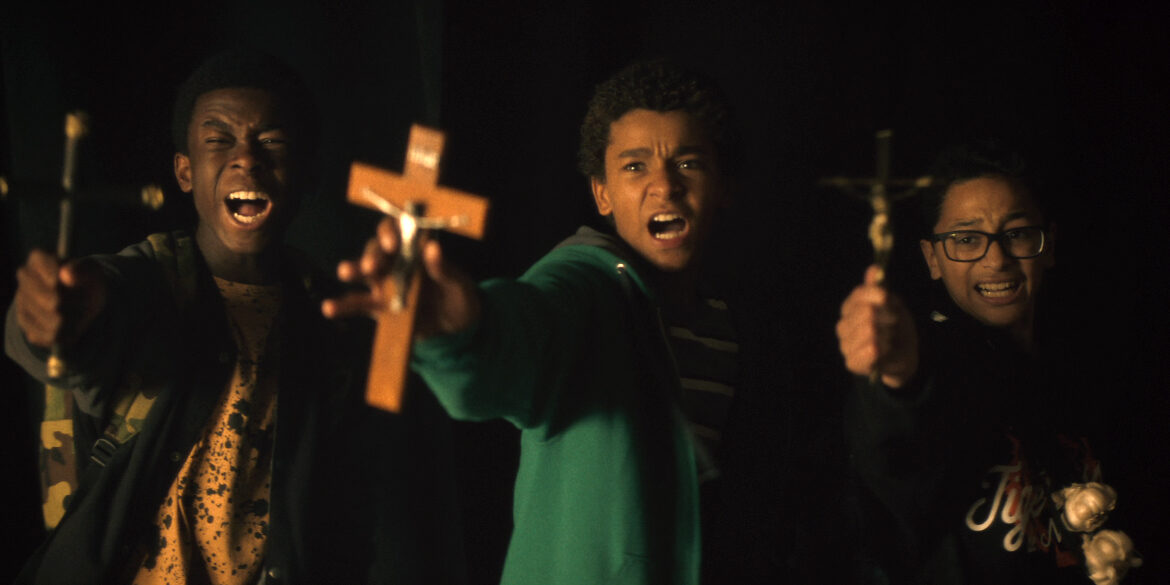 Vampires stalk the Bronx in the new trailer for Netflix upcoming film ‘Vampires in the Bronx.’

A a group of young friends fight to save their neighborhood from a band of vampires. The trailer plays out like the kids from ‘The Lost Boys’ grew up and are now taking on a modern day pack of kids from ‘Monster Squad.’ If I pitched that to you in a meeting I bet you would green light it. Grab some garlic and wood stakes and check out the trailer debut along with the poster and some stills.