Review: ‘Villains’ is an Off Beat Black Comedy Where the Cast Revels in it’s Ridiculousness 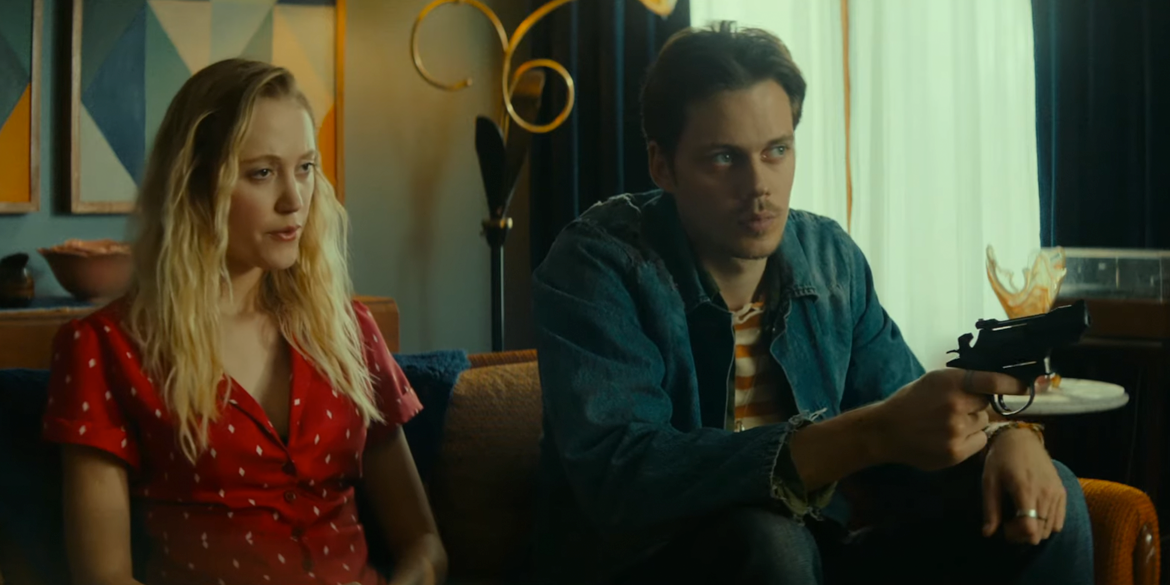 Black comedies may be one of the most difficult genre to pull off. On one hand you want to push the envelope as far as you can and the other you want to entertain and surprise the audience with unexpected moments. In Robert Olsen and Dan Berk’s absurdly entertaining Villains we are met with a young couple (Bill Skarsgård and Maika Monroe) who have been robbing small convenience stores and are now heading down to their dream retirement, Florida. When their car runs out of gas in the middle of no where (yes, they just robbed a gas station) they decide to break into a nearby house. Unbeknownst to them it is owned by two other psychopaths played by Jeffrey Donovan and Kyra Sedgwick who are harboring their own secrets.

What transpires is a few twists and turns as each couple continues to extend their “villainous” attitudes in the film. While Monroe and Skarsgard play more goofy characters they are held capture by Sedgwick and Donovan who are both having career levels of scene chewing fun. The cast here bring so much fun to the film that we don’t really need much more plot development than the initial set-up. It’s particularly entertaining to watch Monroe let loose, as she has made a career of quiet performances.

The direction of the film is fantastic, offering not only strong performances but the cinematography and production design (the film takes place primarily in one house) gives a level of the strange playfulness that sets the film apart from other cold feeling dark comedies. The film uses it’s location to surprise us  with sets and circumstances that add to the insane set-up including a particularly well directed sequence where Monroe climbs through a laundry shoot.

As the film moves into its third act things begin to feel a bit more formulaic when we should be laughing and cringing our hardest. The film also suffers from a few start and stops in false endings that begin to feel tired before finally settling on a landing spot. From the first frame we are presented with a crazy criminal world that is rich in color and character but by the final frame things quickly settle down into an ill-fitting overly serious ending. I wish they would have embraced something more out of left field and with higher stakes.

For as brilliant the set-up of two villains couples is and how strong the performances are here, the screenplay lacks the ability to really take the viewers to territory that feels dangerous. For every set-up they build I couldn’t help but anticipate some crazy level of violence or a wild left hand turn I didn’t expect but what we are given is a fairly paint by numbers ordeal. I’m hoping this film does find it’s audience and preferably in a packed theatre as it’s a film that demands a big screen crowd. 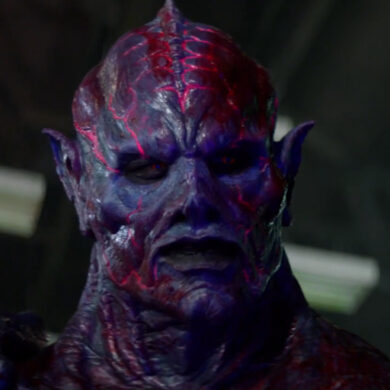