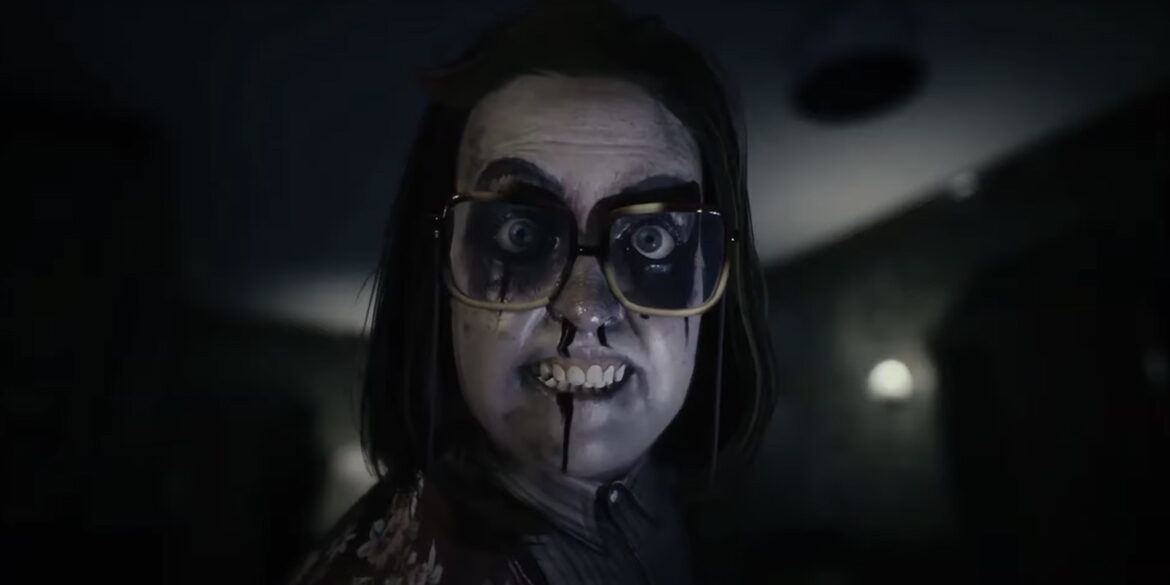 Chris Darril is an artist, game designer and director responsible for creating ‘Remothered: Tormented Fathers’ (released in 2018 for PC) and it’s sequel, ‘Remothered: Broken Porcelain,’ which released on the 13th of October, this year. Chris took the time to sit down with me and answer a few questions about the ‘Remothered’ saga. I want to say that I am insanely grateful to Chris for his time and cannot wait to get hands on with the second ‘Remothered’ game.

DRC: Can you tell us a little bit about yourself and your background and about the Remothered games for those who might not know what they’re about?

Chris Darril: I’ve been working with new media, jumping between cinema and video games for the last 10 years. I’ve always been passionate about the 7th and 8th arts, and I’ve studied scenography, direction, technologic arts and anthropology for new media – topics that I’ve also taught at university. Remothered was born when I was still a kid, and it officially took off in 2017, with the first title of a trilogy that, “masked” as a classic, old-school survival horror experience, explores complex and delicate themes: from religious fanaticism to blind scientific vanguard, becoming an allegory of the importance of memory and the real “villain” for humankind: degenerative illnesses.

DRC: These games are seen as spiritual successors to the Clock Tower series. What is your personal connection to that game series?

Chris Darril: I’ve had the huge honor and pleasure of working directly with the great Hifumi Kono, and this allowed me to get even closer to hide & seek, a genre that was invented by him with the legendary Clock Tower series. I’ve always been a fan and becoming, in some ways, his spiritual heir makes me extremely proud. I must recognize that Clock Tower has a more dedicated “Cult” or niche following unlike some more famous sagas such as Resident Evil or Silent Hill, and we wanted to follow in those footsteps and refrain from the usual “tricks” that would have made it a horror series for all kinds of audiences.

DRC: Remothered as a series is very cinematic with many nods to horror movies. Was there ever a desire to tell these stories as movies or did you always know you wanted them to be told through games? In your opinion, could these stories even be told as a movie?

Chris Darril: Remothered was born in the first place as a story: the process through which it became a game was kind of automatic, probably because in those years I had spent a lot of time working in the video game field. The story could have been told through other media: it would be suitable for a film or a TV show. This idea is very interesting and I think it could definitely happen in the future. 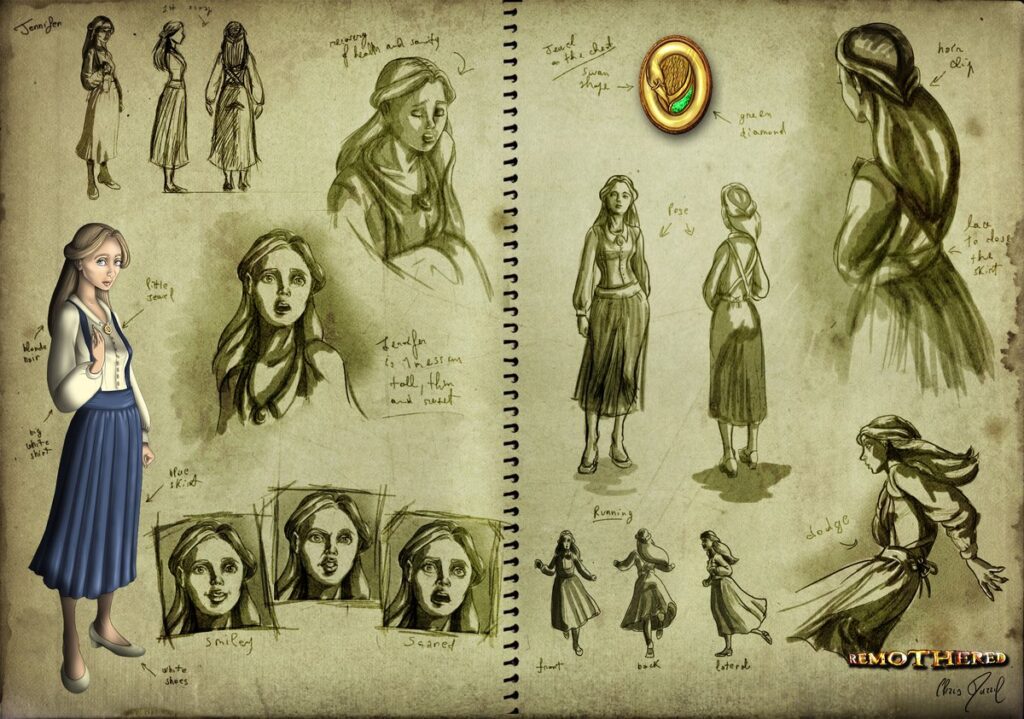 DRC: The character of Rosemary Reed has often been compared aesthetically to Jodie Foster, was that a conscious choice or something that was only noticed once the game was released?

Chris Darril: Pretty much unconscious. The character was modeled based on an actual actress who posed for the role, and then, maybe for the 90s look, maybe for the hairdo, the resemblance was there. Anyway, I’m definitely a fan of those years, of Silence of the Lambs’ Clarice Starling but also of X-Files’ Dana Scully.

DRC: Remothered: Tormented Fathers and Broken Porcelain have many nods to Giallo films. Being Italian, was it important to you to imbue the game with something of your cultural heritage?

Chris Darril: Yes. I took the opportunity to quote some of my favorite Giallo Italian movies: The House with Laughing Windows, The Mysterious Enchanter, but also Don’t Torture a Duckling, Suspiria, and Deep Red. I grew up with these movies and, despite the years, they haven’t grown old – instead, they keep fiercely distinguishing themselves from the rest.

DRC: The Red Nun has become an icon of horror gaming. The aesthetic around the character is incredible. Was this character one of the first antagonists you came up with or did she come to life later in the game’s development?

Chris Darril: I was thinking about making this sort of “priestess/witch” in a tunic: then, while using Photoshop, I erroneously activated some upper layer. All of a sudden, what should have been a classic black cowl (like the ones Druids wore), became red. I was completely stunned by the result and decided to proceed that way: soon came the Red Nun, with a hat inspired to the head of Alien’s Xenomorphs (they have the same shape in profile), the head of a moth and a bit of the art style of Academy Award winner Eiko Ishioka (costume designer for Bram Stoker’s Dracula). The final result was what all of you now know.

DRC: Obviously with any sequel, there is a feeling that it must be “bigger” and more expansive than its predecessor. Was that something that you and your team wanted to do with Broken Porcelain?

Chris Darril: I can definitely assert that 90% of what you’ll see in Broken Porcelain is what we imagined from the beginning. We have no regrets and after many efforts and sacrifices, the common dream of our two teams (Darril Arts and Stormind Games) is finally becoming real with a bigger, more beautiful and unforgettable second title.

DRC: The ending of Remothered: Tormented Fathers is not only haunting but incredibly moving and beautiful. Does Broken Porcelain carry on this tradition of beauty juxtaposed with horror?

Chris Darril: Thank you for your beautiful words. The ending of Broken Porcelain will be even more heart- wrenching than Tormented Fathers’, that I can guarantee. It will cross several different time periods and it will make you touch the regrets, guilts and obsessions of characters who sacrificed their own lives to change things. It’s a story like many other stories, but I know that you will make it your own, and I’m sure it will stay with you for years to come.

DRC: I don’t want to keep you forever, so for my final question I’d like to just ask,what would you say is the biggest change between Broken Porcelain and its predecessor?

Chris Darril: First of all, much more heart: characters have different purposes, all complementary between each other: they’re human, you will empathize with all or at least most of them. The gameplay is definitely more various, explosive, fast-paced and fun. You will have to refine your strategy and meticulously study anything that surrounds you, and this will make you survivors of a terrible event where you will have to fight tooth and nail to save yourselves. 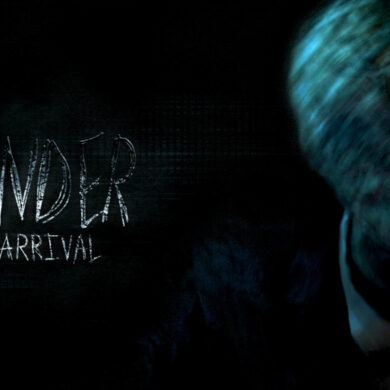