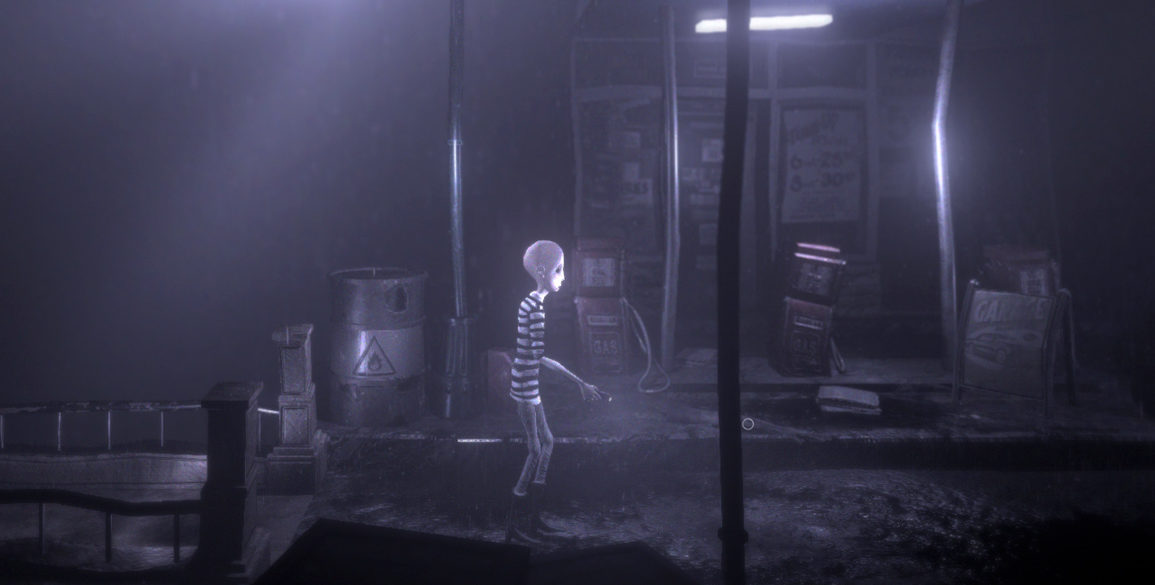 Imagine if you could step inside the Tool video “Sober” and experience the maddening and terrifying world within. Now you don’t have to imagine because that is the vibe I get when checking out the DARQ trailer. The game is expected to hit Steam in early 2019 with a console release later in the year.

DARQ tells the story of Lloyd, a boy who becomes aware of the fact that he is dreaming. To Lloyd’s misfortune, the dream quickly turns into a nightmare and all attempts to wake up end in failure. While exploring the darkest corners of his subconscious, Lloyd learns how to survive the nightmare by bending the laws of physics and manipulating the fluid fabric of the dream world.

Apart from gravity-defying puzzles, Lloyd will have to use stealth when nearby enemies. He has no chance of winning in an open confrontation, since the creatures he will encounter are much more powerful and faster than him. Instead, he has to rely on careful planning to avoid getting detected.

Jump scares in DARQ serve one purpose: they help establish that in a dream world anything can happen at any time. However, this isn’t a game that is all about jump scares. Quite the contrary, they rarely occur. DARQ is more about building tension and anticipation in between jump scares. Once the player knows that a jump scare could happen, they are more likely to stay on the edge of their seats for a very long time.

The game is designed to be a moving artistic experience. Elegance is the key word in DARQ’s art direction – it serves as a means of seduction, or an invitation for the player to step in and develop and emotional connection with the experience as they progress. The goal is to make the player like being there, even though being there involves facing their fears.

Music and sound play a very important role in the game. DARQ is a project started by 5-time ASCAP Award winning composer Wlad Marhulets, and since the very beginning the game was designed around music. The score is being written by the game director himself and will be recorded with Budapest Symphony Orchestra. Wlad’s music will be mixed by Adam Schmidt, a renowned sound engineer known for his work on Inception, The Dark Knight Rises, Pirates of the Caribbean, and others. Sound design is being done by Bjørn Jacobsen, known for his work on such games as Cyberpunk 2077, Hitman, and EVE: Valkyrie.

While still in development, DARQ won THE BEST OF THE MIX Award at the Mix event at PAX West 2018.