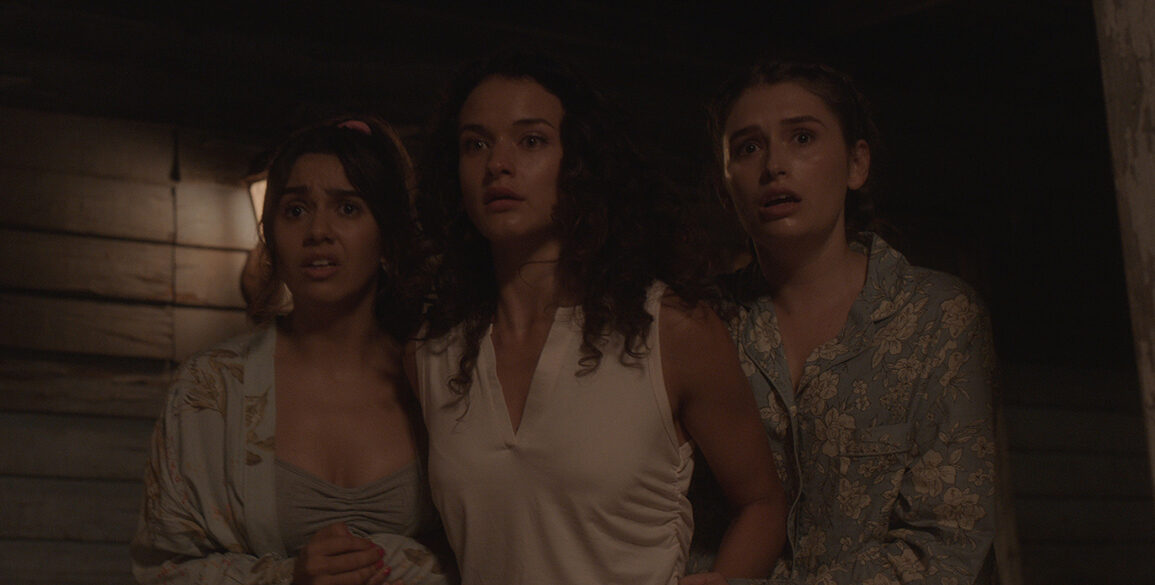 What made the original ‘The Slumberparty Massacre’ so special, and initially misunderstood, was the interlacing of feminist themes within a traditional slasher narrative.

On the surface, it was everything slashers were at the time and even more.

What became clear with time and context however, was that the film was a veiled and amplified parody of the dripping masculinity found in so many slashers of the time. It exaggerated the weaponry, the nudity, the gender roles, to the point it ended up exemplifying the problematic slasher production factory of the 80’s.

So with a remake in 2021, the question would be; “How do you revisit and/or recreate this?”

How do you bring a new slant to an old idea that both avoids complete repetition and introduces comparable ideas?

Slumber Party Massacre, the remake/revisioning by director Danishka Esterhazy and writer Suzanne Keilly, answers this question with a different approach in each act of the film.

First Act: This is the portion of the film that looks and feels like the original. It has the same gonzo violence and exaggerated sexuality. There is a portion when clam chowder defeats a phallic symbol. This is the same humor and parodic spirit that made the original so clever and successful.

Second Act: Everything is flipped. It becomes the meta-horror film introduced by ‘Scream’ and its peers. It turns intentionally reverential to the original and the genre while lovingly lambasting it and the inherent sexism of that same genre.

Third Act: Nearly a different film. It takes the familiar ‘the killer isn’t dead yet” ending and expounds and extends it to an almost entirely different narrative. It moves from male versus female sexism to female on female sexism.

Taken together, the film is impressive in its approach and goals. While each act doesn’t quite meld together, pacing becomes strange and disorientating, the overall care and intentions are commendable.

The real trouble with the film, though, is the lack of layers. While the original is brilliant because it plays the amplified sexism and violence with a straight face, never tipping it’s parodic hand, this film pauses for blatant conversations and monologues that lay out the themes.

While those themes are important, and the exploration of them within horror films is vital, the loss of the narrative veneer feels detrimental.

There are incredibly successful sequences of this film, and each act contains an equal amount of them, but taken as a whole it feels a bit scattered and unsure. There are so many messages presented in such a short running time the film never feels like it has a finish line to reach.

More of a mosh pit of themes than a narrative journey of ideas. 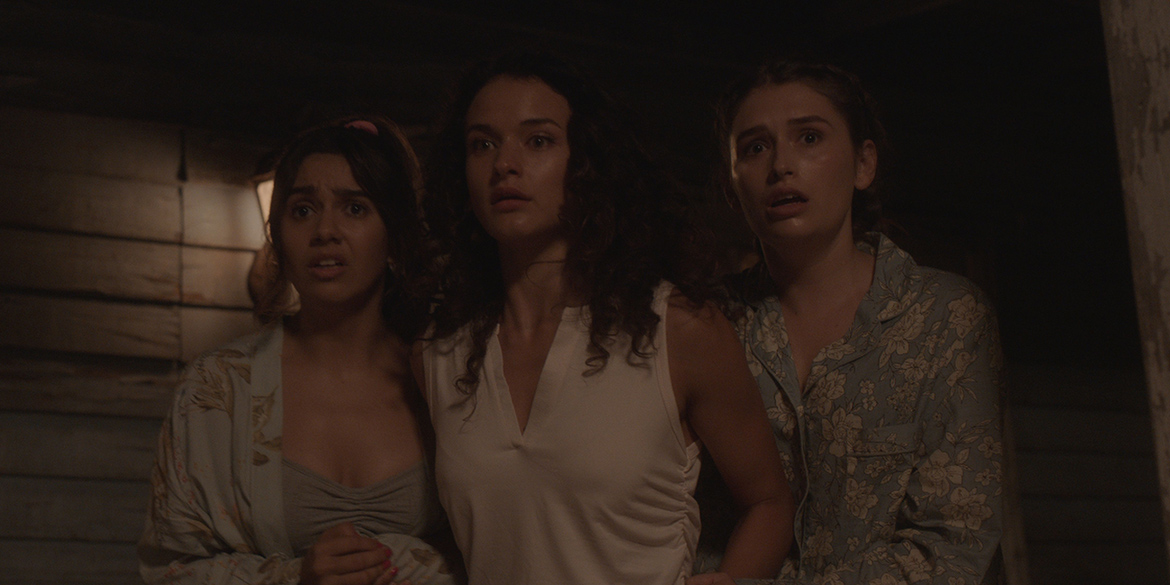