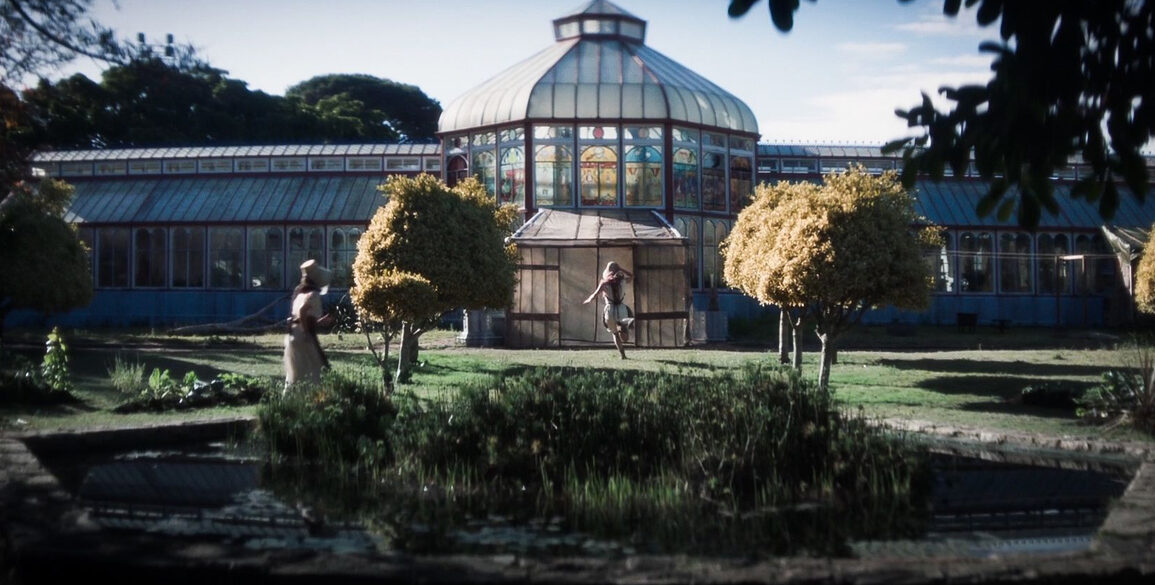 Glasshouse begins with a soaring shot revealing a small garden within a vast wasteland of nothingness. From this moment forward it presents itself as a thinly veiled parable that holds its message above all else.

The filmmakers have a message and they want you to understand it. The narrative is theatrically Shakespearean, grand and expository, all leading to the thematic lesson contained within.

The characters are platforms for ideas, they are not meant to be three-dimensional people. The narrative itself is a frayed rope that loosely hangs from beginning to end, barely holding together.

All of this is not to say that Glasshouse is a bad film, or an uninteresting one. It is only to say it is unconventional. It calls back to an ancient way of storytelling, one reaching back to oral recitations and traveling performers. Through this approach Glasshouse is hypnotic and beautiful.

For instance, the film takes place in a paradise garden, one of the more manipulative characters is referred to as a snake. One of the other characters is appropriately named Evie.

The Garden of Eve backdrop is heavy and obvious, but it works.

The running time is a drifting exploration of those same themes. How knowledge, or in this case memory, is both a gift and a curse for humanity. It can be manipulated and used as a weapon, but it can also create comfort and a sense of safety.

Traditions and rituals are a grasp at order. To give us all a sense of purpose in an undeniably chaotic universe.

We grasp to it so desperately, even when it becomes clear that it is all based on faulty and false memories or knowledge, because not having anything is too scary.

Glasshouse examines all of this very bluntly and lyrically.

The less details are discussed, the more effective the film will be for an audience member, but by the end of the film it is very clear of the message of the film.

It is not about the characters, it is not even about the narrative, it is about this larger tradition of human civilization. It is about how our manipulations and interpretations of shared history and knowledge are both the source of our meteoric cultural evolution and the poison that destroys that same culture.

But we carry on, because to not do so is to accept the chaos.

And chaos is not something we can handle. 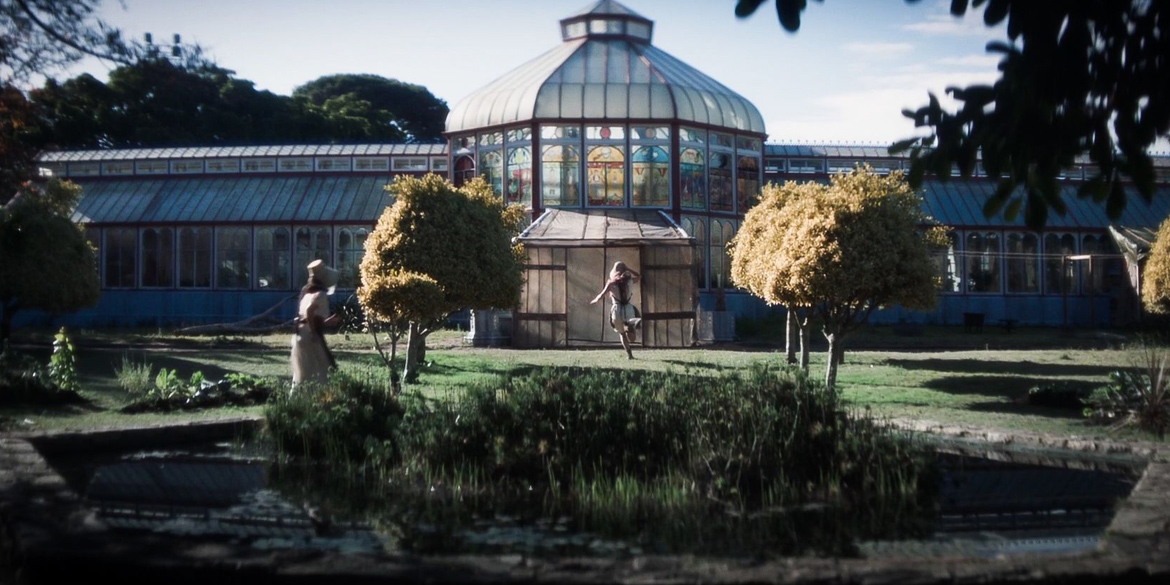