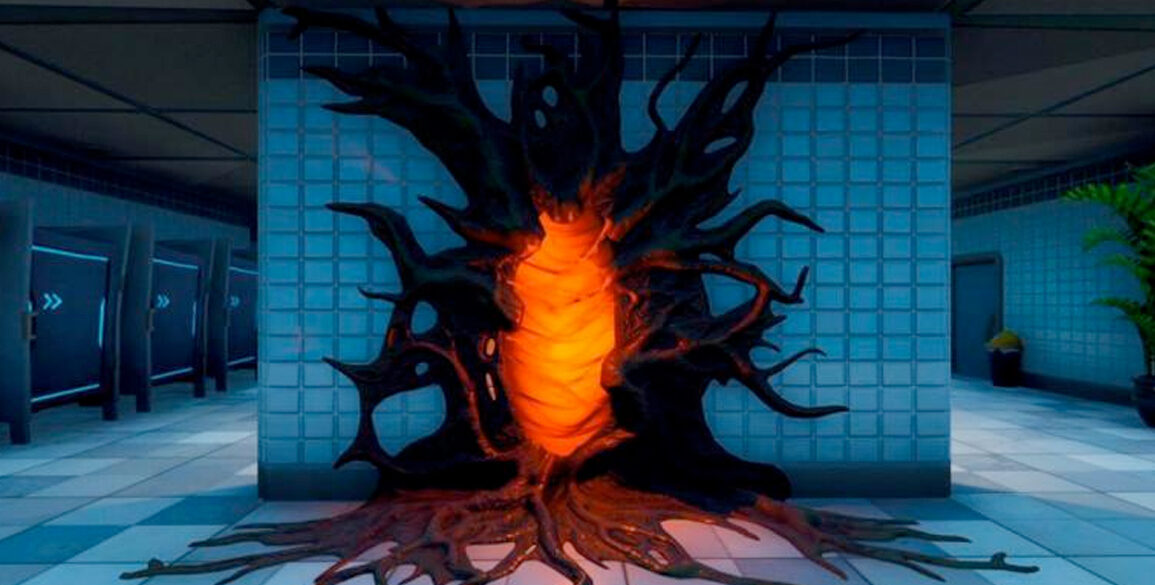 But that’s not all – just before season 3 dropped on Netflix we learned of a Fortnite + Netflix crossover. Something stranger started to show up in Fortnite’s Mega Mall. Something is growing and glowing from the walls in Fortnite‘s Battle Royale Mode. Upside Down portals. Of course the location is no coincidence since season 3 revolves around the bright shiny Starcourt Mall in Hawkins, Indiana!

So what will these portals do if you approach them? You will see an ash particles floating around the portal – but if you are brave enough to enter one you won’t exactly find yourself in the upside down. Instead it acts like a teleportation device and sends you to another location in the game.

Have you found any portals in the game yet? If so let us know where you found them in the comment section or on our social media channels.