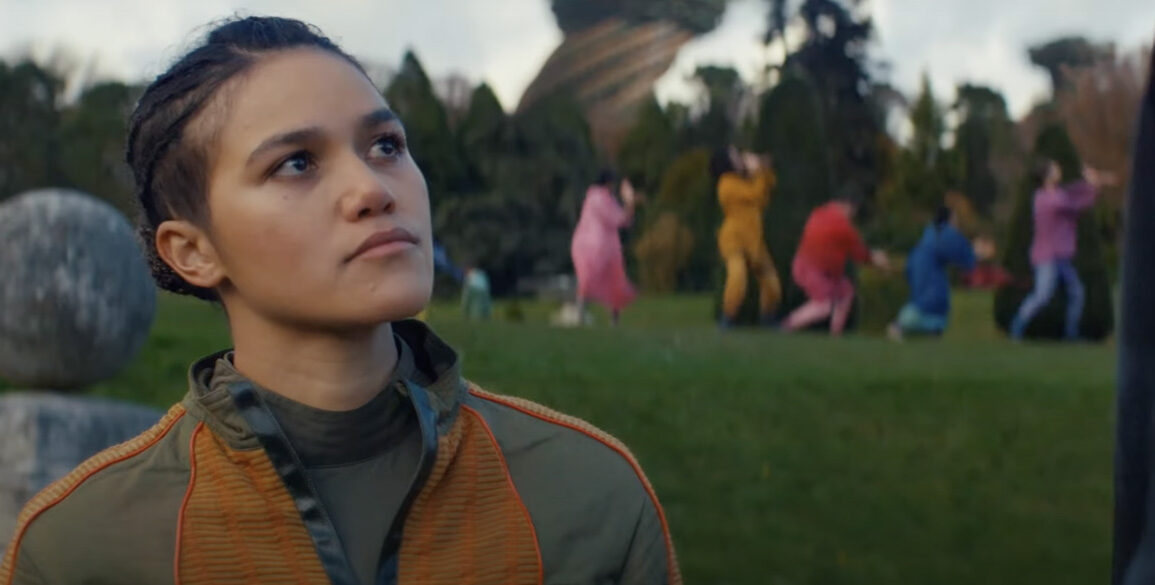 AMC+ released a new teaser trailer for the upcoming suspense thriller, ‘Moonhaven’ from creator/showrunner Peter Ocko (Lodge 49, Black Sails, Elementary). The series is set in a utopian colony on the moon that may hold the keys to preserving life on Earth, which has become increasingly perilous.

‘Moonhaven’ centers on Bella Sway (McDonald), a lunar cargo pilot and smuggler 100 years in the future who finds herself accused of a crime and marooned on Moonhaven, a utopian community set on a 500 square mile Garden of Eden built on the Moon to find solutions to the problems that will soon end civilization on Mother Earth. A skeptic in Paradise, Bella is sucked into a conspiracy to gain control of the artificial intelligence responsible for Moonhaven’s miracles and teams with a local detective to stop the forces that want to destroy Earth’s last hope before they are destroyed themselves.