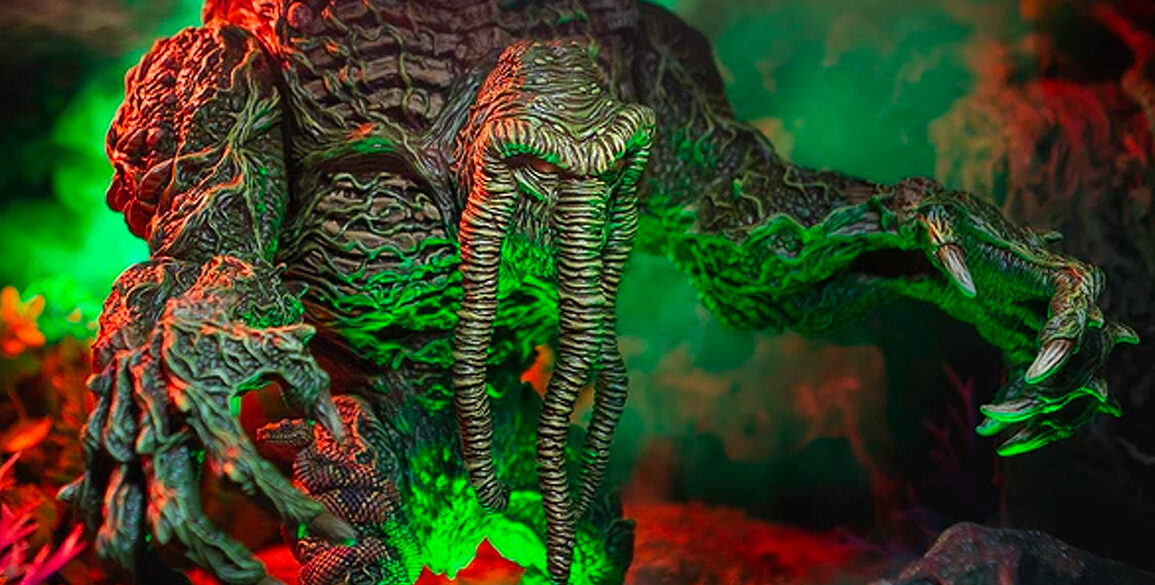 Mondo ventures into fear with stellar MAN-THING releases. First up, as they premiered at DesignerCon, is the MAN-THING Designer Vinyl Figure. This figure is incredible and larger than life! Makes me want to create my own 80’s / 90’s TV commercial.

Emerging from the swamp, it’s Marvel’s Man-Thing! This exciting collaboration with famed toy Designer James Groman (Madballs, Kaiju Killer, King Korpse) brings his unique style to full display with this limited edition Man-Thing Soft Vinyl Figure. With 3 Points of articulation, this massive 12 inch tall figure is a sight to behold. James poured so much thought into this sculpture that you can get lost in the details for hours. This figure will be limited to 1000 and has already sold out! It was on display in all its glory at San Diego Comic-Con and my regular version just came in the mail today so I wanted to share an unboxing video with all you creepy people!

“I grew up reading every issue I could get my hands on of marvel comics resident swamp monster, the Macabre Man-Thing. Having worked in the toy and collectibles industry for over 30 years it’s so awesome to finally have the opportunity to do my own version of one of my all-time favorite comic book monster heroes. I hope all you vinyl Figure And comic book fans out there like what me and the folks at Mondo I’ve put together for you. It was a blast to work on.” – James Groman

” James Groman is a big part of the reason I decided I wanted to make toys. Madballs were my absolute favorite toys when I growing up. When I heard that there was a chance to work with James I was instantly on board. After getting to work with James, I can’t say enough about his talent, generosity and overall great attitude. I feel very lucky to now be able to call one of my heroes my friend. Also, If you don’t know James insane work in the Soft Vinyl/Sofubi world do yourself a favor and do a deep dive. Mind blowing stuff” – Mike Bonnano, Creative Director Toys and Collectibles.