Normally, when there’s news of an English language remake of a foreign film, it’s cause for concern. An element or two usually gets lost in translation, making the new film a somewhat inferior product. That’s not always the case, just something that happens more often than not. So, when Variety announced Fox Searchlight is remaking Argentinian horror film, Terrified, it gave us pause. Turns out, there’s nothing to worry about. Largely because this time, there’s a boatload of international talent involved. Starting with Guillermo Del Toro serving as producer.

Back in April Del Toro signed an exclusive contract with Fox Searchlight. One that involves projects he writes, directs, as well as produces. As great as it would be for him to be in the directors chair, he’s perpetually overloaded with gigs. Instead, he’s bringing back the original director, Demian Rugna, to oversee things. While Rugna wrote the Argentinian script himself, he’ll be handing those duties over to Sacha Gervasi (Hitchcock). Now, that’s the most interesting piece here. As extremely effective as Terrified is, well written it is not. It’s loaded will all kinds of scares, but in terms of story it’s wonky. Don’t get us wrong, that adds a kind of charm to the picture. It’s just what may keep it from being an all time classic. Working along side another winter, may alleviate some of those previous issues. At least, that’s the hope.

If you haven’t seen Terrified yet (or read our review from Fantastic Fest), here’s a brief synopsis for you:

“Set in a neighborhood in Buenos Aires where a doctor specializing in the paranormal, her colleague, and an ex-police officer investigate horrifying events and attempt to stop the evil before it spreads.”

Terrified is a movie that literally throws every single scare tactic at the screen to see what works. There’s something here designed to illicit a reaction from even the most seasoned horror lover. It’s highly recommended viewing, if you happen to have Shudder. As for what form this English variation takes? That’s anyone’s guess. Going entirely off the talent on board, this instantly becomes a film to keep an eye on. With Del Torro’s involvement, it’s going to get a big release. Which is fantastic, as the more horror movies hitting multiplexes is always welcome. We’ll be following developments closely on this one. Expect to see lots of movement in the next few weeks. 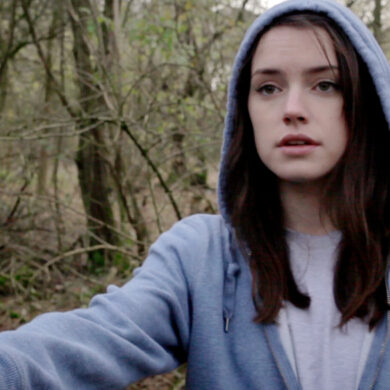 A Deadly Comic Book Comes to Life in ‘Scrawl’