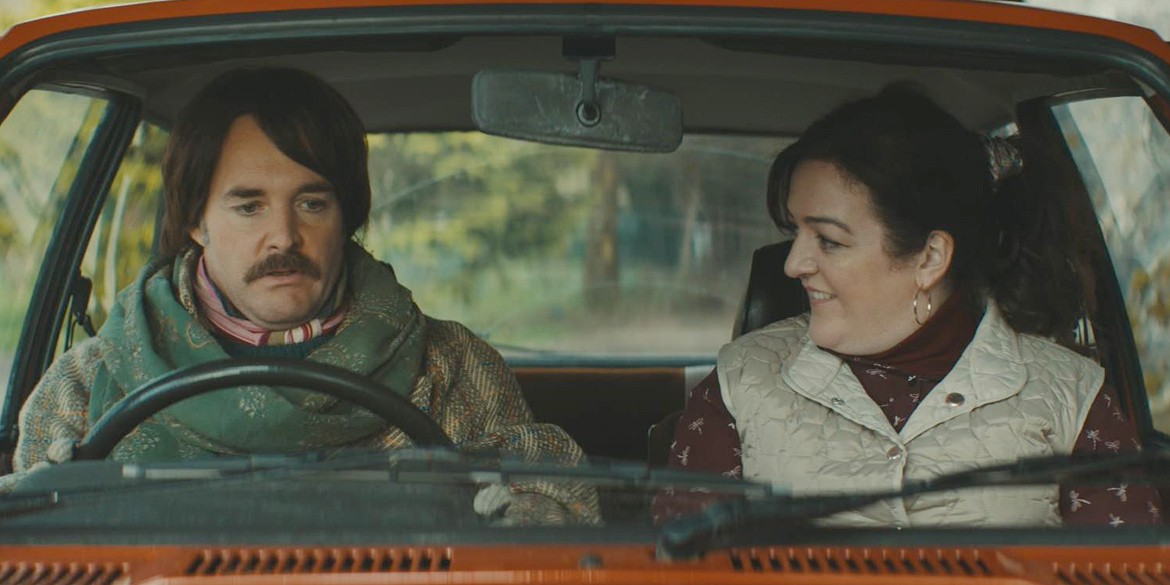 The poster of Extra Ordinary provides the perfect amount of expectation and misdirection. Will Forte is pictured front and center, even with his prominent mustache/ascot combo he is the movie’s most recognizable face. Forte’s offbeat comedy style from the cult classic MacGruber fits rocker Christian Winter like a glove. In this case there is no misdirect, fans of Forte will be fans of this performance. But if Forte gets people in the door, the breakthrough star Maeve Higgins will keep people in the seats.

Higgins plays Rose Dooley, a shy driving instructor living a quiet life in a small Irish town. The humdrum lifestyle is a conscious choice on her part, after her hectic childhood. She worked with her father to help spirits move onto the next life. He would allow the ghost to temporarily inhabit his body, while Rose said the necessary incantation to put the spirit to rest. In most cases, the ghosts are completely harmless. For the case of Martin Martin (Barry Ward), the spirit haunting his home is his late wife.

Mrs. Martin controls every aspect of her husband’s life, down to what he eats and what he wears. Martin is far too passive to confront her himself, so he recruits Rose. What he doesn’t know is that he’ll need Rose for an even more pressing supernatural matter.

Enter Christian Winter, the ‘80s rocker who moved to Ireland to live off his riches from his one hit. Desperate to be relevant again, Winter puts his efforts into performing an ancient Satanic ritual that promises fame and success. The ritual calls for a sacrifice of a virgin and Winter chooses Sarah Martin (Emma Coleman) as the victim.

Despite the grim premise, writer/director Mike Ahern doesn’t allow the tone to sway too far away from its comedic center. From the sweeter moments to the most gruesome violence, Ahern knows how to keep his flim balanced without pulling punches. Extra Ordinary is a horror comedy that doesn’t shy away from the blood, gore, and goo involved with the supernatural. A ghost is successfully exorcised only when a slimy, viscous ectoplasm is purged from the victim’s mouth.

Like all horror comedies, the film pays homage from Ghostbusters to The Exorcist. What allows Extra Ordinary to stand out from the genre is Ahern’s distinct writing style combined with the playful performances of the leads. Martin and Rose are two nervous, quiet characters, and the dialogue capitalizes on their insecurities. Ahern’s style is somewhat similar to Taika Waititi, inherently good spirited and inoffensive. Higgins just happens to be the perfect actor to inhabit this world as well. Dooley’s bashful, optimistic attitude in the face of serious danger is reminiscent of Frances McDormand’s performance in Fargo. Both women aren’t the stereotypical action heroes but they are good at what they do.

When Higgins is this understated, it allows Forte to be as outlandish and flamboyant as possible. Christian Winter is the perfect counter to the anxious duo of Dooley and Martin. The film’s best scene involves Dooley giving Winter driving lessons. The simple scenes allow the jokes to breath and for the characters to develop. In every scene, Dooley slowly becomes more self-confident in her abilities. For a relatively low budget film, the supernatural special effects are clever and effective. Ghosts are practically commonplace in this Irish town, and the film has interesting ideas how ghosts could affect everyday life in the most menial ways. More intense horror fans who want to see demons and bottomless pits are satisfied in the film’s big finale.

Extra Ordinary is a horror comedy that doesn’t lean too much on the well worn horror spoofs. It even has a good sense of its own mythology. When there are clear and defined rules in a supernatural world, it allows a filmmaker to be as creative as possible within those parameters. Forte, who mostly works in animated movies now, gives his funniest performance in years. But the true standout is Higgins, who just might be in the center of whatever movie poster she stars in next. 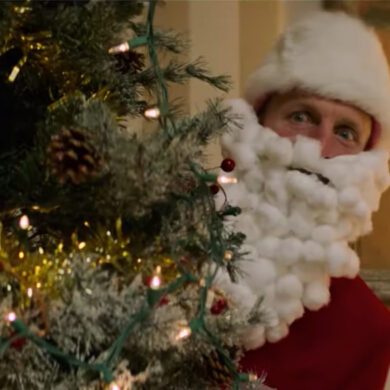 Limber Up – ‘Zombieland: Double Tap’ is Being Released Just in Time for Christmas