Review: ‘Hold the Dark’ Will Not Hold Your Hand

If there is one thematic through-line of Jeremy Saulnier’s films it is the exploration of this truth: beneath our cellphones, our television, our internet, our civilization lies a secret; humans are animals.

As much as we ignore or deny it, that truth is always there waiting patiently to surface. It only takes one event, one moment, one instigating factor, and we are animalistic. Gone are the laws, the mores, the expectations, replaced by the chaos of the animal kingdom.

If this is his common thesis, then perhaps his latest film, Hold the Dark, is the culmination of this message. In the universe of this film, the characters are purely animals. Nothing more, nothing less.

The film concerns itself with an author, Russell Core, who is an authority on wolves and their behavior. Played by the always effective and stoic Jeffrey Wright, Core travels to Alaska to help a bereaved mother find the wolf that has abducted her child. However, the actual wolf, and the surrounding plot, is the macguffin. Though the film dresses itself as a procedural, as a mystery/thriller with a narrative puzzle that will be solved by the end of the film, it is not this kind of movie. It is a visceral exploration of that ‘human as animal’ theme. While his previous films deal with the animalistic violence of humanity, Hold the Dark stands apart from those film in its blatant audacity. Subtly is not what this film is after.

The film could be seen as a disappointment by some, by those who expect the procedural element of the proposed narrative. In reality though, the film is so audacious and forward in its symbolism, visual and otherwise, Hold the Dark may be the best film in Saulnier’s filmography.

Consider the visuals of the beginning, there are always windows and doorways that separate the outdoors and the wolves from the humans. There is always a physical barrier between the two. A line of dialogue plainly states, “Any idea what’s outside those windows? How black it gets?”. When a character who will prove to embody the animalistic is introduced, however, the barriers are switched. He is now on the outside, he is the one looking in. He is the wolf, he is the darkness.

Also, when Russell Core(Jeffrey Wright) stumbles upon the literal wolf-pack, the series of events is paralleled nearly identically later in the film when he stumbles upon the figurative wolf-pack. In fact, the film is littered with allusion to the parallels between dogs/wolves and the humans of the film. From ‘savaging’, a term that Core explains, to the incestuous violence within the “pack” the film is intent on blatantly portraying the thin, perhaps invisible, line between humans and wolves.

So while some may feel betrayed by the lack of genre compliance within the film’s proposed narrative, the truth seems to be that the narrative was never meant to be anything but the vehicle, the tool, to allow the filmmakers to aggressively communicate how thin our human civility and morality is.

And it is aggressive in its delivery.

Much like Saulnier’s other films, this film will cause a raw, guttural reaction. What makes this film stand apart, what makes it seem like a culmination in his thematic exploration, is the wholeness, the aggressiveness of the departure from any social rules. This film, and the characters within it are reduced to the chaos of nature. While this doesn’t make Hold the Dark an easy film to watch, it does make it an affective one that will stay with an audience member long after the credits roll.

90
Review: ‘Hold the Dark’ Will Not Hold Your Hand 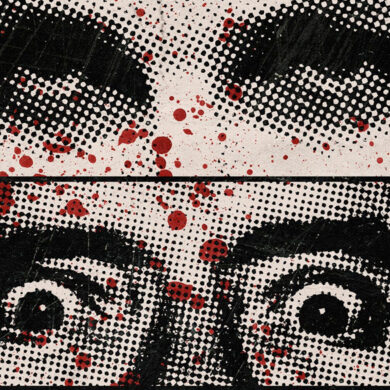