‘Slice’ Trailer has Finally Been Delivered

A24 has released the first official trailer for their new horror film ‘Slice‘. A slasher film with pizza puns sounds like an interesting departure from the studio who brought you ‘Moonlight’, ‘Room’ & ‘Lady Bird’. A24 is also the studio of ‘Tusk’ & ‘Green Room’ so maybe not a huge a departure. If you want to hear about “A Ghost, A werewolf and a pretty Sh@#y pizza place”, check out the trailer below:

I am a simple man. I love three things: My Family, My County & A24. So, ‘Slice‘ is something i’ve been hearing about and anticipating for a while. A24 has done a great job marketing the film.  Their fake posters that lampoon actual Pizza franchises are wonderful (Check them out at the bottom of the story). I’m intrigued by the film for sure, if not mildly cautious. The trailer feels almost like a fake ‘Grindhouse’ ones we all fell in love with in 2007. That isn’t a bad thing, but we have had mixed results when we attempt to turn those into full features.

‘Slice‘ stars Chance Bennet (Chance the Rapper),  Zazie Beets (Deadpool 2), Will Brill (The OA) & Paul Scheer (Of Paul Scheer fame). ‘Slice’ is written and directed by Austin Vesely and is due out later this year.

Are you excited for a horror film starring Chance the Rapper & Zazie beets? How great is ‘Coloring Book’? let us know in the comments and be sure to checkout our homepage and follow us on Facebook & Twitter.  Always check back with Boom Howdy for more up-to-date news, reviews & podcasts! 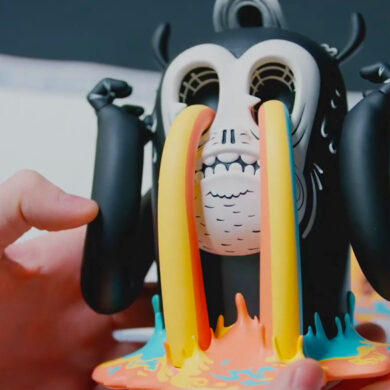