Being of this dimension, most of us have grown up in the era of the Summer Blockbuster, a season of lavishly expensive spectacle films that focus almost entirely on budget, eye candy, and known franchises. In another, eerily similar dimension however, there lives a different kind of Summer Blockbuster. This blockbuster still focuses on eye candy, lavish set pieces, and epic storytelling, but it also does something strange, something completely foreign to us; it has a message. Snowpiercer, the latest from director Joon-ho Bong, is from that parallel dimension. Of course, in our landscape Snowpiercer was not a blockbuster. It was released on VOD and peppered with a few limited theatrical runs. And while I’m happy this film managed to sneak into our communal release schedule, a part of me really wishes this was our runaway Summer Blockbuster hit. Snowpiercer is the summer movie we need, but not the summer movie we deserve.

At its core, Snowpiercer is an allegory. Set in the not too distant future, the outside world has become inhospitable due to global warming and the scientific tampering with it. As a result, the entirety of humanity has been relegated to existing on a train that circles the globe in an unending loop. Humanity being humanity, the train cars have been broken down into a caste system. The poor in the rear, the middle-class in, well, the middle, and so on. So, as you can probably guess, the allegory is pointed sharply at our own class system. The ladder of wealth and entitlement laid out quite literally on a train.

Despite, and partially because of, that simple representation, Snowpiercer doesn’t have to work too hard to convey its base message. Instead, Joon-ho Bong is free to allow his directorial flourishes to take front and center as he expands and beautifies the message. Instead of a straightforward allegory, the audience is given a texturally complex and beautiful film that builds upon that simple tale of class struggle and creates something far more complicated and heartbreaking.

Take each train car for example, of course they are different as we move from class to class, but Bong’s careful construction and lighting choices make each car have its own message. From the middle class school of brainwashing, perhaps the most colorful train car, to the decadent party car of the upper class, each train has its own tapestry. Each class/car has its own distractive delusions to maintain the social order. Each car is given just enough to make them feel safe and structured. And, perhaps, most importantly, each car is given enough fear to never dare to question their place.

So even when the lowest class revolts and makes their way up the train, we find they do so in the most narrow-minded and selfish way possible. They move only in advancement or in retreat, never once considering the outside world or a possible solution outside of their own structure. There is a class ladder, and they must climb it at any costs. When they reach the top rung, however, it is unclear if they are that much different than any of the other cars on the train. The noble revolution is another piece of the structured order of the train. Nothing changes.

While this all seems doom and gloom-ish, Snowpiercer is a surprisingly fun film. Humor, even if it’s of the black variety, is sprinkled throughout, and the exaggerated portrayals and costuming leads to a surreality that allows the film to live in pure allegory and escape the darkness of human behavior.

Snowpiercer, then, is not what we’ve come to expect of a Summer Blockbuster, but it is what we should hope that they become. Proof that one can achieve spectacle and art-house at the same time, Joon-ho Bong and company have created a film that should serve as a template for mixing commercialism and damn fine filmmaking. So when you’re at the rental outlet of your choice and you are trying to decide between “Transformers: So Many Robot Fights” and Snowpiercer think of our cinematic future. What kind of films do we really want to thrive? Think of the kids, the movie viewers of the future. Rent Snowpiercer for the children. 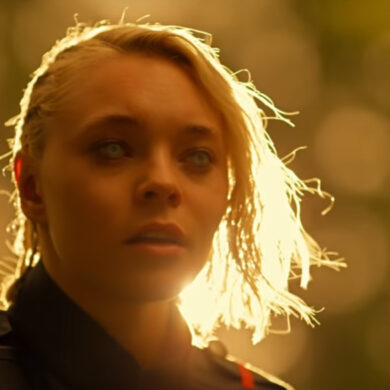