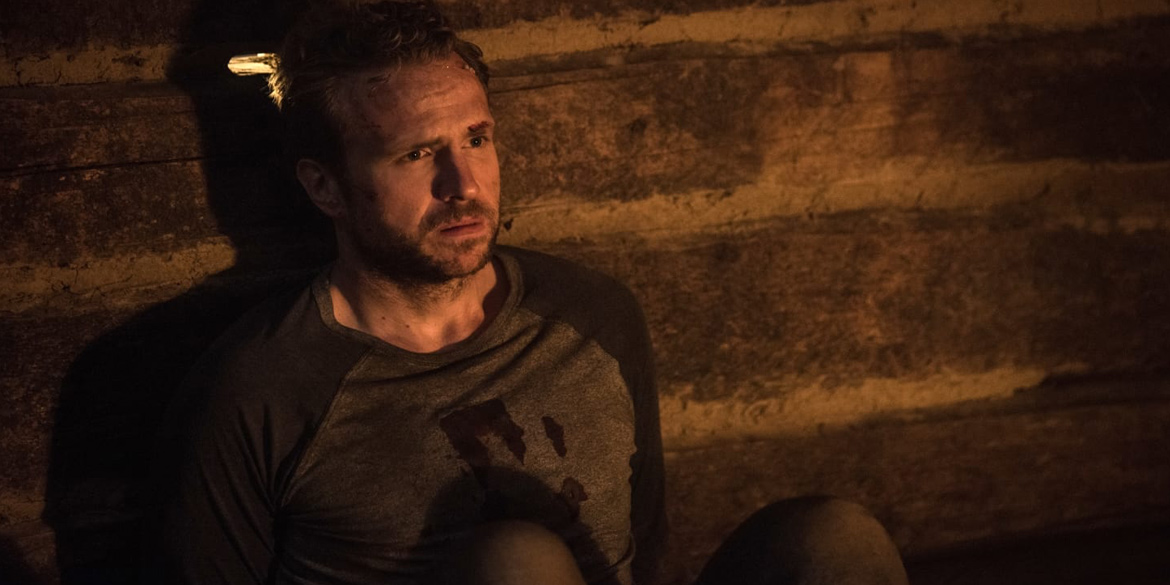 Netflixdrops new content weekly and while they all can’t be winners more often than not they are releasing some really solid content. When it comes to the horror genre Shudder gives you more bang for your buck but Netflix may have just released one of the best horror films we will see in 2018. While it is early in the year I would be shocked if THE RITUALdoesn’t end up in my top ten list at the end of the year.

The film follows a group of college friends reunite for a trip to the forest, but encounter a menacing presence in the woods that’s stalking them. Sounds pretty simple right? At the core it is, but as we dive deeper into the story and the forest things become more and more mysterious and the mind fuck begins.

THE RITUALhas only been out for a few days and horror fans, like myself, are already in love with the flick. So what makes it so appealing? Much like CLOVERFIELD PARADOXthe film didn’t have much build up or PR surrounding it. Which meant most of us went into it blind. This definitely helps. But when I started thinking about what I like to see in a horror film and what THE RITUALwas able to accomplish I came up with these 5 things that made it work so well for me personally.

Harkens Back to the Old Horror Films We Love

The pacing and tone has a feel of the old horror films we loved from back in the day. It features stunning cinematography and has an emphasis on storytelling and character building. It allows us to get to know the key characters just enough to start for feel something for them. The middle provides a bit of a slow burn but never enough to make you want to step away. It weaves storytelling and atmosphere in such a way that will make you fall in love with horror films again.

Our main character, Luke, portrayed by Rafe Spall, is experiencing post traumatic stress stemming from an incident with his friend that I won’t tell you here. Find out for yourself when you watch the film. But it is these flashbacks that we see during the film replaying in the forest that bring in hallucinations to the storyline and end up spreading throughout other characters in the film, each in their own way. This helps build tension without completely giving anything away.

While almost every horror film features characters that run toward the killer or run upstairs in a two story house with the killer chasing after them, THE RITUALnever truly has any moments like that. Taking place 90% in the woods there is an aimless sensibility about the characters that you can relate to. Wandering around in a forest and getting lost when you know something isn’t quite right in the woods is very unsettling. The guys convey that time and time again when they begin to panic and desperately want to seek shelter from the elements and the strange occurrences that begin to happen around them. It becomes apparent rather quickly their main goal is to get out of the forest as soon as possible by any means necessary. Even with this mindset they never really did anything that I myself wouldn’t have done.

Searing Images That Will Haunt Your Dreams (SPOILERS!)

As they hysteria begins to unfold in the forest the characters stumble upon a cabin in the woods that has some very odd things in the attic and iconic etchings that appear on trees around the cabin and in the forest. But the attic in the cabins contain the most disturbing images aside from the creature itself. An attic full of nightmares composed of bodies entangled in twigs appear to have been devoured by the forest around them. All on display like a macabre museum. One would think this alone would be enough to piss your pants but upon closer inspection each motionless body comes to life with moans and jittering bodies. For me this is the one scene that I take away from movie that stuck with me the most. But there are a few other scenes that are sprinkled in that will make you fall in love with the film like I did.

Aside from building tension within the characters we also never see the full creature in the film until the last act of the movie. I loved this aspect because the payoff was just that much better. In some horror films they tip their hand to early and it gives away the intrigue. Not only do we get to wait and see the creature until late in the film but when we do it becomes the things nightmare of made of. The creature, deriving from Norse folklore, feels like part elk, part wendigo with human arms and hands on its head that can reach out and grab you to pull it closely to the small yellow beady eyes to examine you just before it drags you into the forest and pins you into the thick branches. The branches themselves reach out like another pair of splintered arms only to keep you on display forever.

While I would not be willing to say this is one of the scariest movies of all time, because that gets thrown around all to much these days, I do think it is a lot of fun and strives to bring some originality to the genre both in visual treatments and storytelling. It also left the door open for a sequel. Is it necessary? Probably not. If we do get to see more of the creature and how it came to be, perhaps in a prequel, that would be pretty rad too!

What were some of your favorite things about THE RITUAL? Disagree? Let me know in the comments!