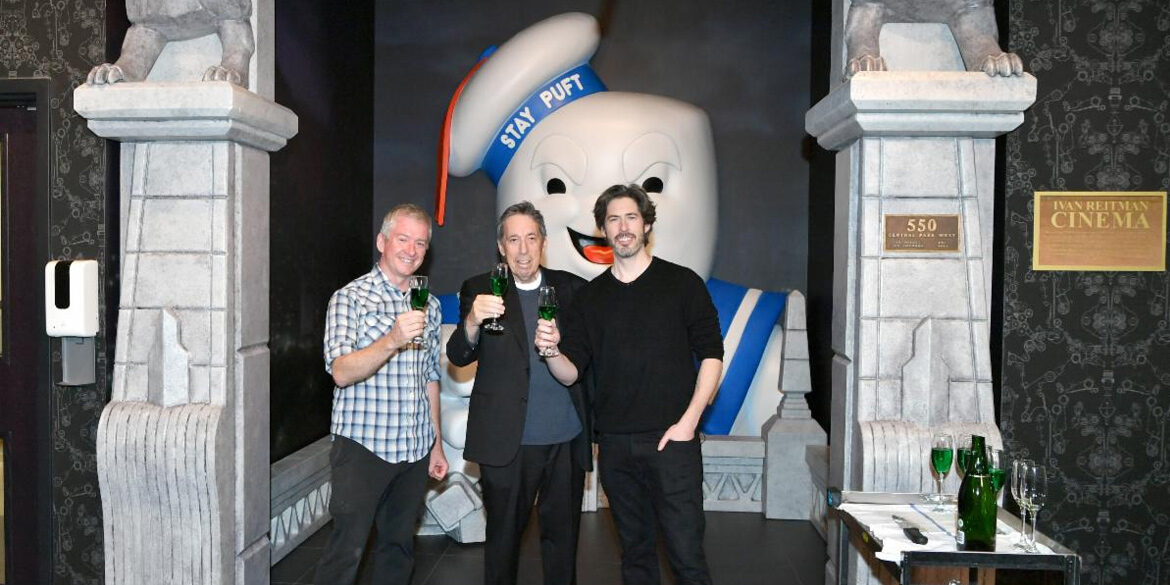 They came, they saw, they renamed a theater. Austin-based cinema-eatery Alamo Drafthouse Cinema is proud to announce that their brand-new Lower Manhattan theater will carry an alternate name, the Ivan Reitman Cinema, after the legendary filmmaker behind GHOSTBUSTERS. The company’s founder and Executive Chairman, Tim League, made it official this morning at a ceremony that included both Ivan and his son Jason Reitman, the director of JUNO, UP IN THE AIR, and this weekend’s GHOSTBUSTERS: AFTERLIFE.

“Ivan Reitman’s movies have made a big impact on my life and maybe just maybe helped to forge my sense of humor,” says Alamo Drafthouse founder and Executive Chairman Tim League. “I am humbled to be able to share his legacy with our guests in New York.”

“Director Ivan Reitman has entertained and influenced generations of film lovers with seminal films like STRIPES, MEATBALLS, and DAVE. In GHOSTBUSTERS, he made hilariously wild concepts feel grounded, and cemented his entire cast – including a 112-foot-tall marshmallow man – into New York icons. Because of his incalculable influence on cinema, as of Monday, November 15th 2021, this Alamo Drafthouse Cinema shall hereby and forevermore be known as the Ivan Reitman Cinema.”

Fittingly, the ceremony took place beneath the gaze of a massive, nearly 12-foot-tall statue of the Stay-Puft Marshmallow Man, complete with gothic columns and terror dog gargoyles. The replica’s existence – an ideal photo op destination for any Ghostbusters fan – has been under wraps until today’s ceremony.

The dedication was timed to mark this weekend’s Sony Pictures release of Jason Reitman’s long-anticipated GHOSTBUSTERS: AFTERLIFE, which was written by Gil Kenan & Jason Reitman based on the 1984 film GHOSTBUSTERS, an Ivan Reitman film, written by Dan Aykroyd and Harold Ramis.

“As a wide eyed five-year-old breathlessly watching my first film in a packed theater of kids, I could only dream that this might be the magical path that my life would follow,” says Ivan Reitman. “Thank you Alamo Drafthouse for naming this theater after me, and more importantly, thank you for clearly demonstrating belief in the future of this art form by building a great movie palace – just blocks from the firehouse that the Ghostbusters occupy!”

The filmmakers also attended a tour of The Press Room bar and museum and helped hand-crank a small batch of posters with historic GHOSTBUSTERS imagery on the bar’s 1938 Vandercook Letterpress. Later that evening the theater hosted a screening of GHOSTBUSTERS: AFTERLIFE for select members of their loyalty program, Alamo Victory. All guests attending the screening received an embossed GHOSTBUSTERS movie ticket and a limited-edition 12×18” letterpress poster from The Press Room featuring original promotional art.

This event is just the beginning of what Alamo Drafthouse has in store for Ghostbusters fans across the country. Beginning Friday, November 19th, guests at all GHOSTBUSTERS: AFTERLIFE shows will enjoy a free letterpress postcard from The Press Room featuring original promotional art, a GHOSTBUSTERS-themed drink menu, featuring an “Ectoplasmic Residue” cocktail and “Ecto-Cooler” juice, and a custom pre-show featuring a kaleidoscope of nostalgia-inducing pop ephemera that fans of the 1984 Ghostbusters will appreciate. 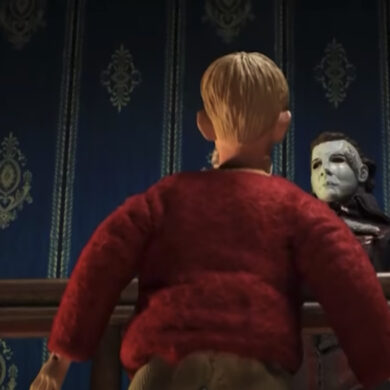