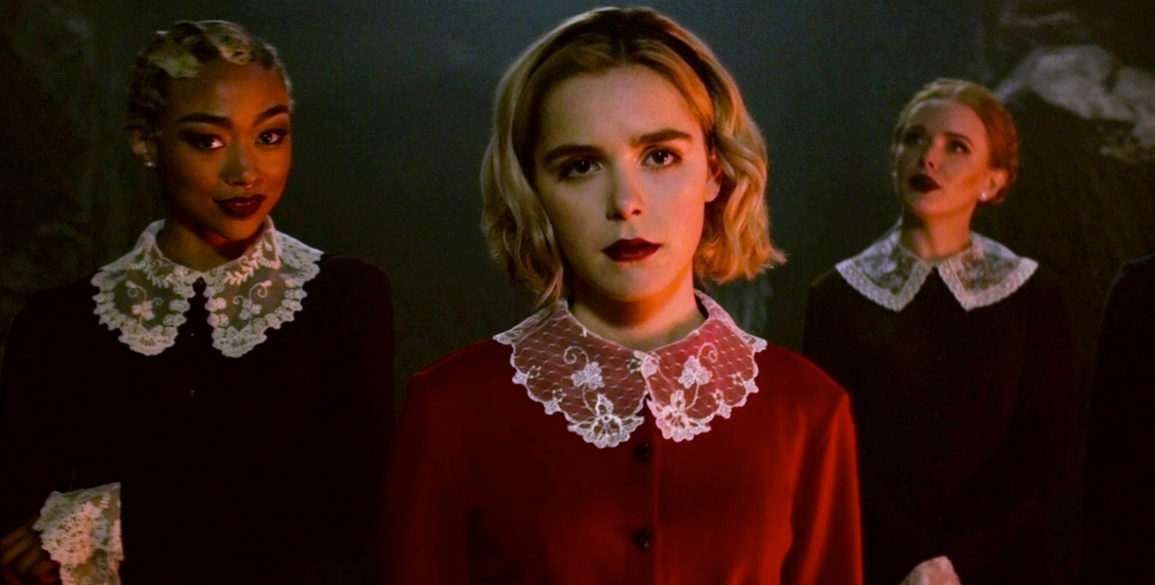 I friggin’ love that witches are in vogue again. In my eyes, they were never out of style. I’ve spent the good majority of my life wishing I had powers so I could snap my fingers and make someone’s mouth disappear. Or say a few words and make the jerk who took up two parking spots pay for his crappy parking job. Or what about, oh my god, the ability to FLY. In the 90’s witches were everywhere in entertainment. By the early 2000’s they sort of faded away. Although lately, they are coming back with a vengeance. The best example of this is the new Netflix original series Chilling Adventures of Sabrina and you need to get your brooms ready because it’s a trip.

Chilling Adventures of Sabrinafollows an almost 16-year-old Sabrina, a half-human and half-witch who must decide on her 16thbirthday on the human Path of Light or shed her human life for the witch Path of Night. She lives with her aunts Zelda (Otto) and Hilda (Davis) and her cousin Ambrose (Perdomo), who is under house arrest for trying to blow up the Vatican. Her parents died in a plane crash and she has been raised to follow the Path of Night and sign her name in the Book of the Beast. With her two sides butting head to head, she’s the one in control of her own destiny.

First and foremost, this show is so damn pretty. The setting, the environment, the buildings and even the weather all have their own personalities and play a part in creating this world. It’s hard to pinpoint what period of time this show is supposed to be set in and I love that. It makes the whole thing ambiguous and somehow relatable even though the whole plot is fantastical. Certain shots are filmed in such as way that it is trippy. Like you’re drunk. But what you are seeing through a lens of magic. It’s beautiful. It’s dark yet colorful. The entire series is a visual enigma and it is truly stunning.

In terms of the story, I was immediately hooked. It’s like a roller coaster that starts at the very top of the hill; it slows down a bit half way but ends the first season on a high that will leave you tense and holding your breath. So if you feel a little bored partway through, hang in there, because it’s so worth it. There’s not a bad performance in this series.

The tense interactions and differences in personalities between Hilda and Zelda are striking. Making for an interesting home dynamic. I’m more partial to Hilda. Maybe it’s because I’ve been in love with Lucy Davids ever since I seeing her in Shaun of the Dead. Sabrina plays the part of a sweet half-witch amazingly. When she needs to show her dark side, she gets a bit stiff and it’s hard to see her in that light, but it’s not so bad that it pulls you from the story.

I adore the “side” characters like Ambrose, Prudence, Roz and Susie. That’s quote sided because they have a tendency to shine in some scenes even more than Sabrina, especially Prudence. I started out hating Prudence and the Weird Sisters. By the end I still hated the, but I now had a soft spot for Prudence Night. The character of Zelda is sometimes so abrasive that I have a hard time connecting to her like I do Hilda and Ambrose but she has her moments where she shows her vulnerabilities.

Also, I appreciate and enjoy the casual Satanism in the Chilling Adventures of Sabrina. It’s interwoven so finely into the characters and story that it’s practically endearing because there’s nothing like it. It’s like a conversation you would hear among a common Midwestern religious family. Just replace Jesus with Satan, God with the Dark Lord and you’re in business. Some may be offended by shows representation but most will enjoy the dark humor it provides. This is one of the best shows I have seen in a very long time. Whether it is the dark theme reflected from the Archie Comics released books, the beautiful imagery or the lovable characters, Chilling Adventures of Sabrinais a total win. You can stream it now on Netflix and I speak for many when I say that I can’t wait for season two. 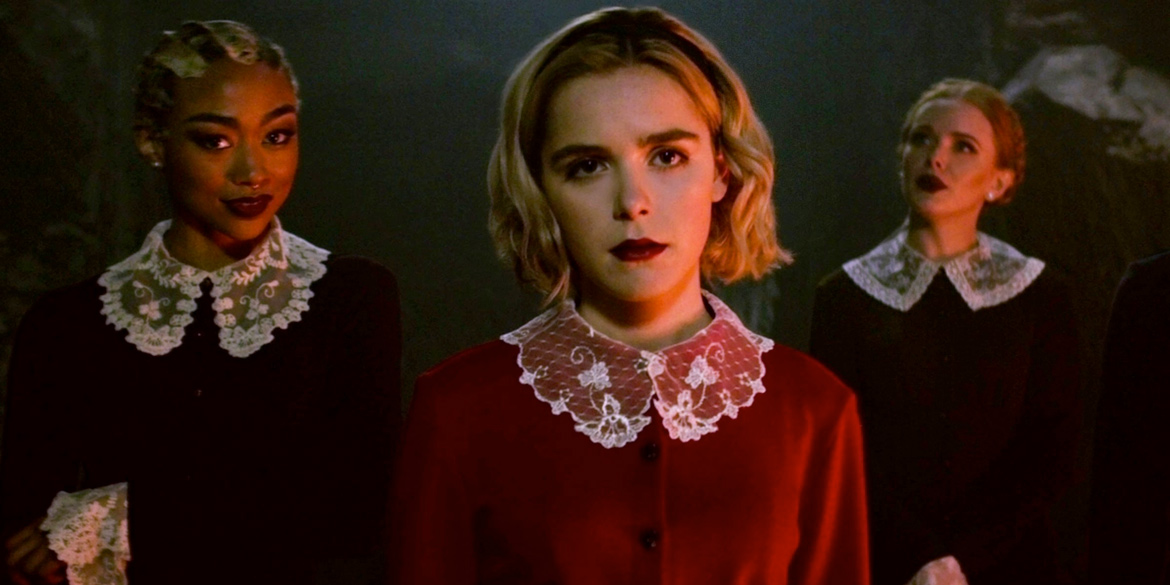