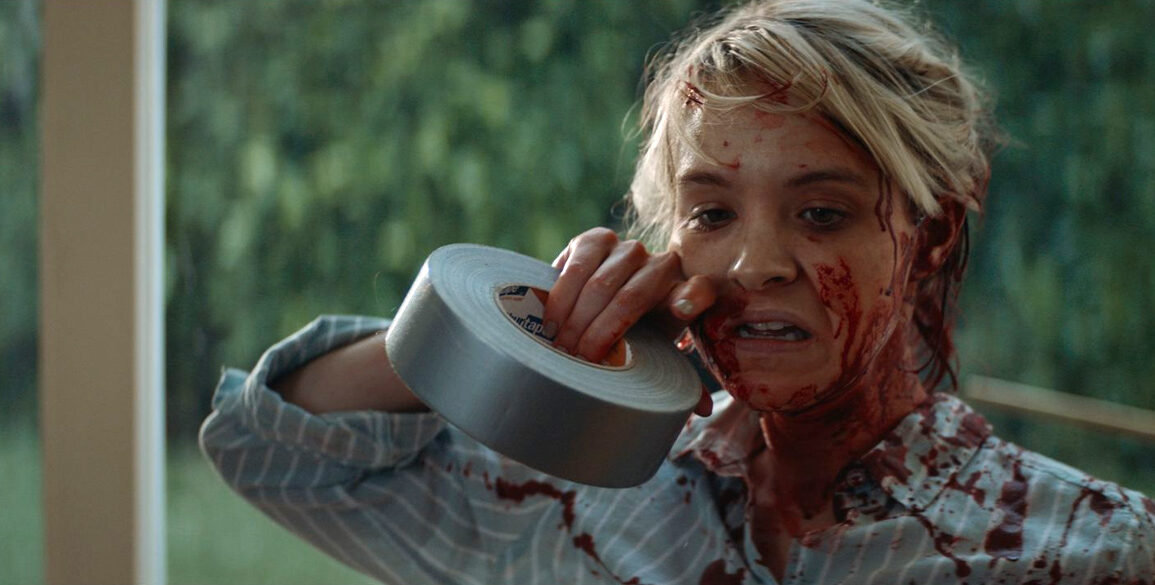 ‘Lucky’ follows May played by Brea Grant who is a self-help book author with all the answers, who suddenly finds herself stalked by a threatening but elusive masked man, and caught in a struggle to get help from the people around her and maintain control over her own life.

Natasha Kermani’s stylish sophomore feature, following the festival darling ‘Imitation Girl’, is a bold horror sci-fi with shades of ‘Another Earth’ and ‘Happy Death Day’ by way of the biting commentary of ‘Black Mirror’ and ‘Handmaid’s Tale.’

Written and starring Texas-native and creative multi-hyphenate Brea Grant, ‘Lucky’ evokes a world that is a nightmarish parallel to our own and is chillingly relevant to today’s issues.

Brea Grant is best known for her role on NBC’s Heroes and has hit the big screen with acclaimed genre indies ‘Beyond the Gates’ and ‘After Midnight’ which we recently screened at Panic Fest in Kansas City!

Behind the scenes she’s written and co-directed the apocalyptic road trip feature ‘Best Friends Forever’, which premiered at Slamdance, and wrote and starred in the web-series ‘The Real Housewives of Horror’ for Nerdist. Grant’s launched two comics series, ‘We Will Bury You’ and ‘Suicide Girls,’ based on the pin-up website of the same name, and hosts a weekly literary podcast with author and producer Mallory O’Meara called Reading Glasses.

If you are going to be at SXSW you can check out ‘Lucky’ at one of the following screenings.