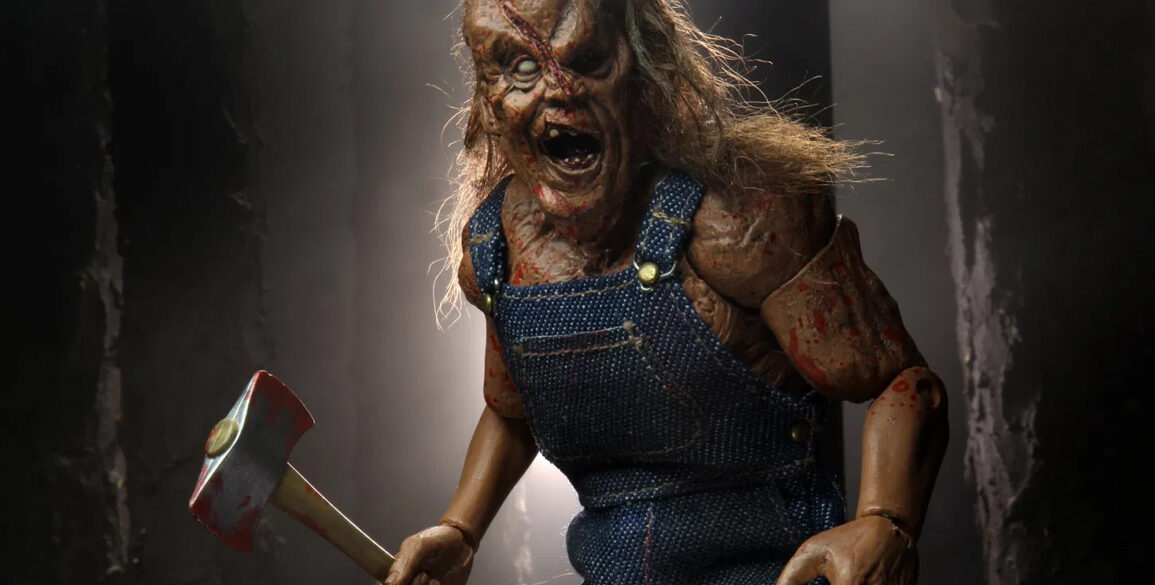 We got our first look at the new ‘Hatchet’ Victor Crowley action figure at the Toy Fair earlier this year and again when Adam Green tweeted that NECA was indeed creating the new action figure of the cult classic slasher. You could pre-order a signed Adam Green figure from Ariescope website, but due to fan demand they sold out fast!

Now we have a new batch of beautiful photos for you from NECA that showcase the cloth clothing and accessories the figure will come with. Victor stands 8″ tall touting his signature hatchet along with a belt sander.

Give me the detailed sculpt of the head and I would purchase that on its own. They really nailed it, as they always do. We tend to see a ton of great prototypes  from NECA (pending licensing) and don’t always get to see them come to life in the marketplace. But this figure will be available sometime in January 2021.

RELEASE DETAILS:
“If you get close enough to the Crowley house at night you can still hear Victor Crowley crying for his daddy in the woods..”

After years roaming the swamps of New Orleans and claiming victims, the supernatural slasher and main antagonist of the Hatchet series, Victor Crowley makes his action figure debut in NECA’s 8″ Clothed figure line. His gruesome head sculpt features rooted hair and the hatchet wound left by his father. Standing at approximately 8″ tall, Victor Crowley wears his battered overalls made with real fabric and is equipped with a belt sander, and hatchet.