Review: ‘Vicious Fun’ is a Neon-Fused Dreamscape Full of Larger Than Life Characters, Laughs and Kills

‘Vicious Fun’ is the type of film you need to experience in a theater with a crowd full of horror genre fans. Lucky for us we were able to have a few people in person to check out the U.S. premiere of ‘Vicious Fun’ at Screenland Armour for Panic Fest.

But don’t fret! If you missed it at Panic Fest you can now check it out on Shudder!

For those of you that couldn’t attend I know you had just as much fun checking out this film at home because it is quick witted, action packed, nostalgic tongue-in-cheek horror film that doesn’t skim on some gnarly kills.

Director Cody Calahan told us he either likes to go really dark with his films (see The Oak Room) or lean into comedy to tell a story. ‘Vicious Fun’ definitely falls into the later, and it is a hell of a ride for horror fans.

Let’s set the stage a bit more about why I think ‘Vicious Fun’ is one of my favorite films of Panic Fest 2021.


The film centers around Joel (Evan Marsh) who is a caustic 1980’s film critic for a national horror magazine that finds himself unwittingly trapped in a self-help group for serial killers. With no other choice, Joel attempts to blend in or risk becoming the next victim.
Placing a horror journalist in a horror film set in the 80’s gets pretty meta in the best way possible. The era lends itself to a neon soaked, synth driven, golden age for horror fans like Joel. He is typically writing about horror films, is now front and center in a real-life horror film surrounded by vicious killers. Each of which bring something unique to the film and it is a blast to watch each character study unfold before our eyes. Evan Marsh, like many other actors in this film, hones in on his role as Joel and knocks it out of the park. Playing a relatable character that feels vulnerable while desperately trying to fit in immediately gives you someone to root for.

But then enters the rest of the cast of characters from the self-help serial killer group. While I won’t go into every character in detail, because you should experience that for your own, they fuel 90+ minutes of the most fun you will have with a horror comedy this year.
Let’s start with Bob (Ari Millen) who is a chameleon unlike any other killer in the film.  Able to blend in with society by slipping into alter egos taking a smart, sleek and sometimes obnoxious approach to killing people. Truly someone who makes your skin crawling as the main protagonist. Millen teams up once again with life-long friend Cody Calahan as he breaths life into the character somewhat effortlessly on screen with his exaggerated facial expressions and quick witted humor. We learned that some of the funniest scenes from Millen, and the rest of the cast, were actually improv that director Cody Calahan let them explore.

But every villain needs a hero to counter balance the story. Enter the incredibly badass Amber Goldfarb who portrays the role of Carrie. An unassuming stealth killer that is still filled with enough rage to not be cold and calculated. Goldfarb’s character provides a great twist that we won’t spoil here but it sets up the battle of good vs evil as she takes Joel under her wing.
While these three characters are the focus of our film we can’t understate just how much the supporting cast adds to this film. Every character is memorable in some way shape or form. David Koechner plays the over confident ring leader of the serial killer group, Zachary, that also includes Hideo (Sean Baek), Mike (Robert Maillet) and Fritz (Julian Richings.) Each of their stories are brought to life in the group like a misfit Suicide Squad.

All of these great performances are tied together with a great sound track, cinematography and story. Once it kicks in we continue on a break neck pace balancing horror, action and comedy all rolled up into one neon fused dreamscape. It is the culmination of everything I love about a horror comedy and we are so damn proud to have the U.S. premiere at Panic Fest. If you like what you see from director Cody Calahan and producer Chad Archibald they have already have considered a sequel for the film. Distribution news will be coming soon but until then check out my full conversation with the cast from Panic Fest along with the trailer.

89
Review: ‘Vicious Fun’ is a Neon-Fused Dreamscape Full of Larger Than Life Characters, Laughs and Kills 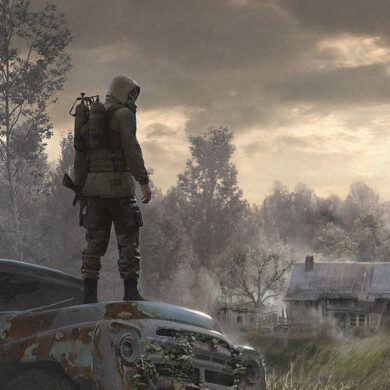