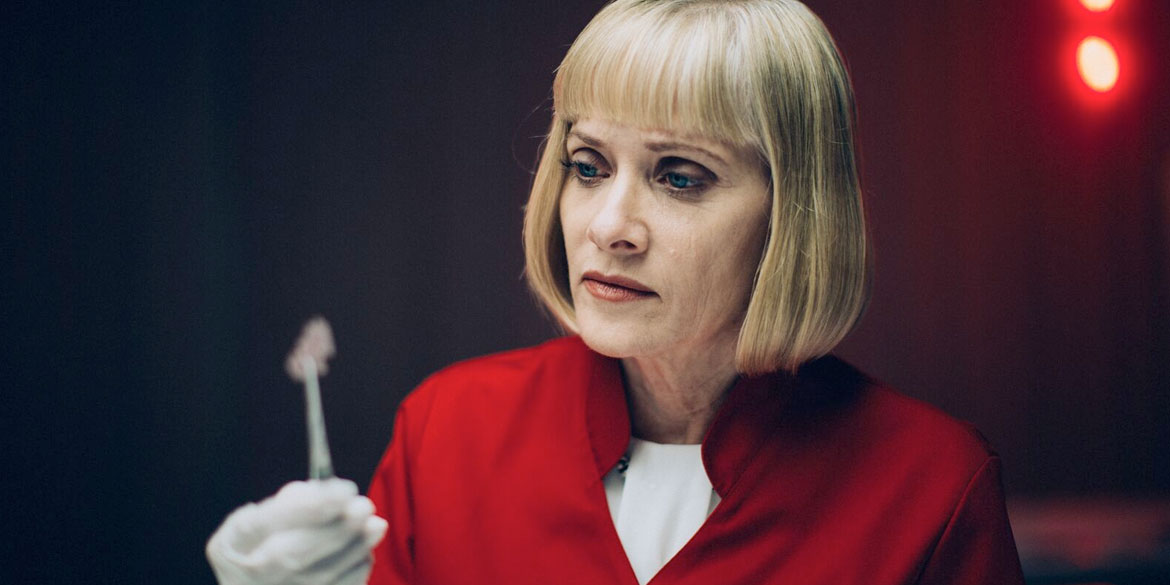 The intersection of Horror and Science Fiction has long been fertile ground. Something about the way the two mesh together, blending blood with technology, just feels like a good idea. So it should come as no surprise that a low-budget film, such as Replace, with heavy topics on the mind, attempts to stake a claim there. Sadly, armed with even the best of heady intentions, things fall apart.

When we first meet Kira (Rebbeca Forsythe) she’s verbally sparring with a young male suitor. He seems woefully outmatched, yet luckily for him, she seems to have had a drink or two and heads back to his apartment. The next morning, she leaves only to feel drawn back to the area, where she makes a startling revelation: his apartment is really hers. Strangely though, it’s the least of her worries. Almost brought on by stress over her confusion and dry patch appears on her hand, fusing several fingers together. As she attempts to pick away at the patch, skin sloughs away, rendered in beautifully gory detail. Things, as they say, aren’t going Kira’s way.

Just as she becomes content to stay behind closed doors do deal this newfound condition, a kindly neighbor, Sophie (Lucie Aron) appears, offering companionship and encouragement. Just as her relationship with Sophie deepens, Kira learns, almost by happenstance, that she can place the skin of others on to her ow, healing herself in the process. Yet as anything with a silver lining, a price must be paid. Only the flesh of the living can restore her damaged body. Roughly at the same time, she receives a message from a mysterious Dr. Crober (horror icon Barbara Crampton), who may hold all the answers she seeks.

Even when it is sure to mesmerize audiences from a technical standpoint, the lackluster story kicks back in. If your central mystery is revealed to be nothing more than smoke and mirrors, it should be back to the drawing board. Instead Replace meanders, stretching out the inevitable finale that’s wrapped up with little more than a shrug.

A movie like Replace is hard to discuss. Not that the concepts are inherently heady or overly dense, but more so that the faults raise questions about film making in general. Namely that some may seem to think of  the term “short film” as a dirty word. Enough of the content on display argues in favor of a smaller, more concise offering. By fitting the narrative into a smaller window a greater focus can be placed elucidating reactions, rather than needing answers. A cop-out sure, but one that has suited short films for decades. Had that been the approach, there’s little doubt this could have been truly special.

All the dream-like qualities or tone poem aesthetics in the world though can’t make up for an ultimately lackluster story. Let alone one which betrays the mystery that lies at the center. In the case of Replace, there’s a solid 40 minutes of intrigue, undone by a 3rd act that feels twice as long. Jumping from art house suspense drama to body horror to corporate conspiracy and back again, doesn’t help either.

One can’t help but wonder what shape Replace may have taken, had it fallen into the hands of co-writer Richard Stanley. A problematic director in his own right, there at least would have been a fullness to the product. Not to discount Norbert Keil’s effort, which is tremendously strong in the first half, but at the heart of a film is an emptiness that only comes from unsure film making.

The most unfortunate aspect is that many elements strive to save face. Tim Kuhn’s cinematography is striking, playing both with color, light and sparse locations in Germany. Simply put, it belongs in another movie. One in which the same three female leads are acting their hearts out, for material worth their effort. Instead Replace shoots for the moon, when it should have been content enough to make it into orbit. 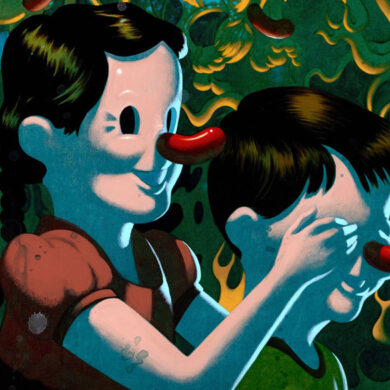