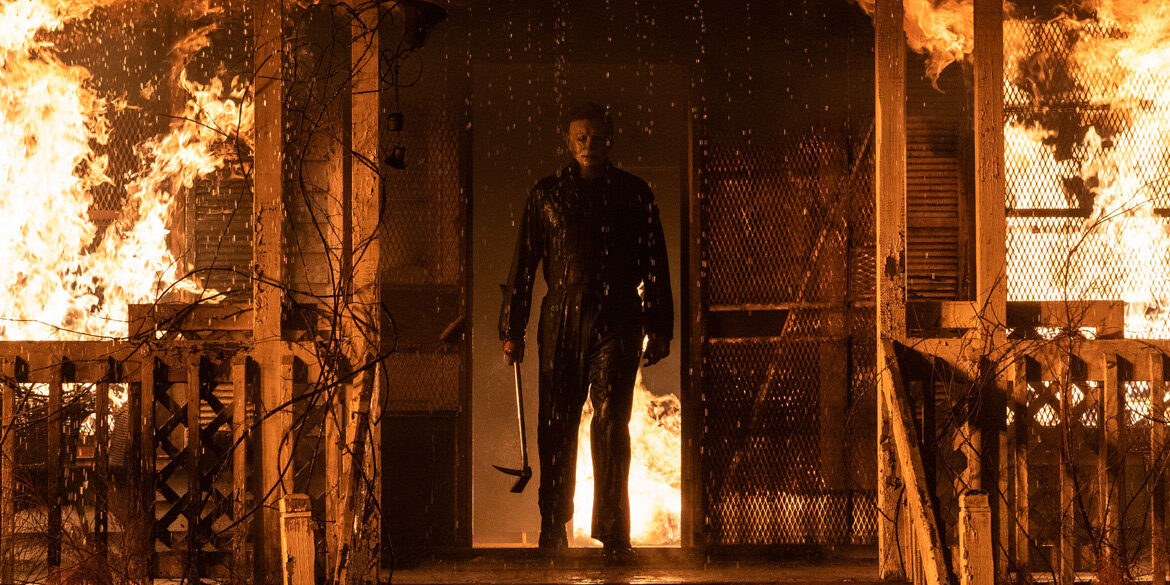 It isn’t safe. It isn’t expected.

While ‘Halloween’ (2018) took the cherished characters and the overall zeitgeist of the ‘Halloween’ fandom and treated them with revelry, the newest entry from the same creators took a sharp turn into the thematic underbrush that no ‘Halloween’ fan, or no slasher fan, could expect.

And there is backlash. Oh my, is there backlash. And it is understandable. ‘Halloween Kills’ tries to do so much, to venture so far into that thematic brush of horror it couldn’t help but lose a lot of its audience.

For one, the film takes the most violent horror genre, and presents the most violent kills one could imagine, to deliver the message that violence cannot cure violence. That evil cannot stop evil. It presents this with such dramatic irony and bloody passion it makes one dizzy.

Secondly, it adds the reality of the psychological aftermath such an event as Michael Myers would leave behind. As the previous films indicated, Laurie Strode is damaged. She is a walking emblem of PTSD and unresolved trauma. But unlike the first film, which hints that she was right to be this way, that she was correct and it was the world who was wrong, ‘Halloween Kills’ reveals the stark reality.

Laurie Strode is broken. She is wrong. She is a shattered psyche lashing out in the most destructive ways. She destroyed her child, her family, her life.

And this is real trauma.

Tommy Doyle is broken, maybe most broken of all.

His reaction to the trauma of that night is broken masculinity. Instead of therapy, instead of healing, he reacts with physical violence, with retribution, with wild accusations into the darkness.

“Evil dies tonight” is chanted by a crowd while committing blind evil.

A crowd rushed through the hospital in scenes that harken back to the Capital riots. Anger boiling to the point of aggressive, angry, and violent hive thought.

The entire point of ‘Halloween Kills’ is that we are no better than Michael Myers. In fact we create him. And we don’t just create him, we feed him, we enable him. We allow him to thrive.

‘Halloween Kills’ has a lot of ideas and thematic elements that it attempts, and a lot of characters rushing through in those attempts. It’s admittedly chaotic, and it could leave many audience members feeling like it’s a mess.

But it is intentional.

It is a mirror. It is our country.

In ‘Halloween Kills’ Michael Myers becomes a manifestation, a metaphor. He is the cancer in our culture.

Many horror fans, ‘Halloween’ franchise fans, slasher fans, will be disappointed in this film. And that is fair. It is not what has come before. It actively deconstructs what comes before.

Haddonfield is not filled with innocent families all lined up for a massacre.

It is filled with delusions of importance, selfishness, unresolved trauma, and anger.

Michael Myers happened to this town.

But this town then happened to itself. The infection of violence, of unthinkable evil has spread.

And Haddonfield is complicit.

We are all complicit.

For all of that to be presented with wild, and bloody, voracity is bold. It is a different direction. It is the direction of our times.

‘Halloween Kills’ is not a simple slasher with a faceless boogeymen. It is a treatise on what darkness can do to us, how it can spread, how it can poison us all.

We are not, we are spreading a sickness.

We are empowering him.

He is with us, even when we can’t see him.

90
REVIEW: ‘Halloween Kills’ What Came Before 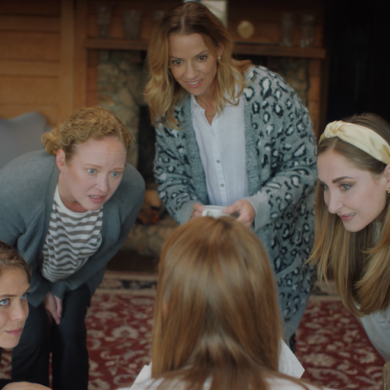 SXSW 2022: ‘Soft and Quiet’ Simmers Until it Boils